Stories and News no.5: Coward revenges 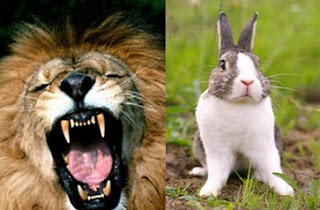 The Stories:
The 16th of February 2009 was a day of ordinary revenge, in Italy.
In Rome, a sticks armed and covered faces group of people came into a kebab shop, injuring four foreigners to avenge a rape committed in the area by some Romanians.*
In Catania, Sicily, in response to the abuse of two young girls, a crowd of women went on the streets hunting for all males above 40 to emasculate them on the public square. In Molfetta, near Bari, the city ladies heard the 34 years old rapist’s comment after his arrest and took a man, skinning him alive, crying: "We do it, ‘cause nobody will do!" In Afragola, Naples, responding to the abuse of some children, the men mad justice on their own: a mob kidnapped five mothers and forced them to be a whore for a whole night. In Messina, Sicily, paedophile violence provoked the revolt of hundred mothers who catch the first lecherous old man in the park to burn him alive. In Palermo, Sicily, again for revenge, as scapegoats for the violence done by one of their colleague, ten restaurant managers were raped with a rolling pin. In Venafro, Isernia, hard times for males were, forced to pay the consequences of abuse of their fellow citizen. A patrol of angry mothers rounded the streets looking for men, possibly alone.
And the series was much, much longer...


The News**:
“Il Tempo” Magazine, February 16, 2009: In Rome the revolt mounts. A sticks armed and covered faces group of people came into a kebab shop, injuring four foreigners to avenge a rape committed in the area by some Romanians.

Ansa.it, MOLFETTA (BARI) 14 February 2009: "I do, before other people will do!” an Italian father said. He was arrested this morning. The man reduced his daughter in a state of total awe, threatening and beating her.

“Il Tempo” Magazine, 14 February 2009: Naples, an Italian woman sold her 8 and 10 years old daughters for five Euros. They were abused and tortured for two years.

“Il Tempo” Magazine, 13 February 2009: A violent husband and father away from home: no longer be able to get closer to his wife and children. For them, the end of a nightmare arrived. The Italian man was obliged to keep away from his family.

Corollary:
“Violence: the blame is on strangers”, many Italian Newspapers say in these days.
However, ISTAT, the most important Italian Research Institute tells that in 2007 6 million and 743 thousand women have suffered physical or sexual violence during their lives. The author of physical violence is in most cases the partner or former partner, and also with regard to the rapes in 69.7% of cases the author is a partner. 674 thousand women have been subjected to repeated violence by partners and of these 61.4% had children who have witnessed the violence.
95% of violence against women is not reported and one third of women do not talk to anyone.
Above all, ISTAT said that only 10% of all rapes can be attributed to strangers, and if the mathematics is not an opinion, 90% is Italians’ affair.
In this country also revenge is unjust, partial, and deeply inconsistent.
Or perhaps it’s coward...

* This one it’s the only true story.
** Sadly, these are all real news…