Stories and News no.7: Who will be the Italian Obama? 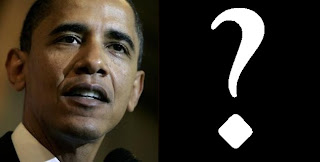 The Story:
Italy, everywhere, from north to south, Spring 2013.
It’s morning.
Yesterday night I read the elections results...
We did it!
We all did, everyone did, those who haven’t understood too.
After all, even in the past they hadn’t seen what they did, when they put a cross on that name on the ballot paper...
It’s the end!
Stop with the shame of seeing the most powerful man in my country saying bullshits around the world.
Stop with watching always the same name at the head of what matters in Italy.
Stop with the worst Italian myth during the last two decades: the important thing is to get on top; it doesn’t matter how...
And if all this were not enough, stop with his incredibly idiot jokes!
This morning, like Kevin Spacey four years ago, I can say out loud: “I am proud to call him my president!”
Oh yes, because all those who voted him may say everything, except that they were proud.
In any case, in my life I have never known anyone saying looking straight in my eye with a minimum of serenity that he voted Berlusconi...

The News:
IRIS, National News Agency, 19/02/2009
SANREMO FESTIVAL, Kevin Spacey: "OBAMA, MY PRESIDENT"
A great moment at the Sanremo Festival with Kevin Spacey who sang and chatted with Paolo Bonolis, the host. “The public likes more obscure characters – the actor said - they're the ones that people remember more.” Bonolis has also sung John Lennon’s Imagine. Lennon is a person very dear to Spacey: “The spirit of John Lennon – he said - it is all over the world: a father, a husband, a crusader.” And then a reference to the last elections in the United States: “Something happened in the U.S.... And all those who loved John Lennon think that bringing Obama to the presidency of the USA is a great hope for the future... Lennon's ability to be real and think before speaking is the same in Obama... I am proud to call him my president.”