Stories and News No. 20: My penis for sale 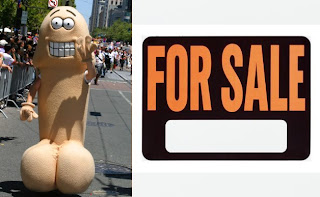 From that day hundreds of ads like this appeared on the newspapers of Singapore:

Skilled heart on sale. A heart that has loved so much but that also knows what suffering for someone means. It’s about gay love, in my case, I want to be honest. I have no idea if once implanted in your chest you’ll instantly inherit my sexual behavior.
Maybe yes, maybe not. It’s your choice: take the risk and live or die...

I offer a liver as new. No anger, not even the slightest irritation bothered it. The body which I speak of has belonged to a person who has lived for years in the most absolute calm. It’s obvious, I was always sedated…

Are you a lover of good wine? Are you a fond of wine, it can be just wine? In short, you're a drunk? Dear friend, if you don’t have any intention of quitting the bottle, but you absolutely need a kidney transplant, I will sell you not one, but two!
And go with snifters!

My penis for sale. Well, just penis is reductive: a rod, yes, rod is the right word. I’m not exaggerating, but since I reached the puberty I have never passed a morning without seeing it straight, pointing to the ceiling. It was always responsive, ever ready to react; hard when it served, agile when it was asked. One flaw: it doesn’t speak…

Free brain. Yes, you understand very well, it’s free. I know what you think: nobody is able to make brain transplantation, what should I do with a brain that I cannot use? Etcetera…
But my brain is a dreamer brain, not a common one. The dreamer brain is not like others. Have you lost hope for a better tomorrow? Don’t you believe in the fairy tales? Are you depressed by the sad reality that surrounds you? Put my brain on the bedside table next to you and go to sleep peacefully.
You will see what a wonderful sleep you will live.
Because when the true dreamer dreams, he does it for you too...

From thesundaily.com (March 25, 2009): Singapore allows payment for living organ donors.
Singapore's parliament passed controversial legislation which allows reimbursement of living organ donors, media reports said Wednesday. After a heated two-day debate, in which some legislators raised concerns that the new law might lead to open organ trading, four of the 84 members of parliament abstained the final vote and one voted against, the Straits Times newspaper reported.
Eighty-two legislators in Singapore's parliament are from the People's Action Party.
Not all legislators were convinced, although Health Minister Khaw Boon Wan had assured parliament that the new law "is not to legalize organ trading."
"We are correcting our current extreme position of criminalizing all kinds of payment to the donor," Khaw said.
Singapore already had a legal system to prevent organ trading, he said. "And we will be strengthening it," Khaw added.
The new law, which also contained some other changes, allows living organ donors to be reimbursed the costs for items like travel, accommodation, costs of domestic care and child care, loss of income and long-term medical care.
Legislator Christopher de Souza objected the new law, saying "the framework in the bill could be the subject of abuse."
Another dissenter, Halimah Yacob, said that many foreign workers in Singapore, who are hit hard by the recession, could become "a ready and vulnerable pool of organ donors to be exploited and abused."
"To a desperate foreign worker, even a reimbursement of S$10,000 would be attractive compared to going home empty-handed with a huge debt waiting for him," the report quoted her as saying.
The Singapore government proposed to change the law after ailing retail magnate Tang Wee Sung was jailed for a day and fined S$17,000 in June last year for trying to buy a kidney from an Indonesian donor.
Tang finally received a kidney from former organized crime boss Tan Chor Jin, who was hanged in a Singapore prison in December for the killing of a nightclub owner.
The case prompted the government to amend the law to allow living organ donators to get monetary compensation.