Stories and News No. 31: We want wagons for Milanese citizens only

Dear friends,
I am a very careful person of the events that, in this troubled moment, have trapped the nation. For obvious reasons, I prefer to remain anonymous, because the revelations which I am going to say could put me at risk.
I confess that I have contacted newspapers and magazines, TV channels too; however, no one wanted to have the responsibility to make public my statements. I trust in the courage to show the truth that shines through the net.
Romanians, Polishes, Chinese, Indians, Pakistanis, now they’re living among us. They live, quoting a movie by Carpenter. And with these people there are also the Africans. I guess you have noticed them too. I don’t want to add other anxiety about the invasion that our cities are suffering. Nevertheless, I feel a duty to shed light on the worst aspect of this disaster.
Don’t you have felt any apprehension in front of to these dark skin people, often with pronounced lips and strong muscles, with lean and vigorous bodies, healthy teeth and bright eyes? Don’t you have felt anything unusual observing these athletes running and jumping beyond all human measure? 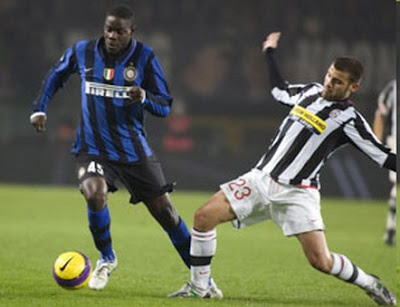 On the picture: Mario Balotelli

I prefer avoid mentioning about other - in my view, alleged ... - secret talents.
Have you ever wondered why these people have these skills?
Well, I discovered the truth. Having spent years hidden in my house and having closely followed the news on public television, reading all the major national newspapers, carefully selecting the neighbours, I finally saw the light. What about you? Are you blind or what?
I call you now, dear compatriots, who wisely feared the growing African presence. You have to know that the reality is even worse than your imagination: they are not human, they are aliens! Yes, you read well. The Africans are extraterrestrials. Don’t you see that this explains everything? Don’t you understand that this discovery instantly motivates the existence of any capacity unfamiliar to us?
So the truth is once again what puts balance in our lives. You have only to isolate yourself from the world around, to protect your eyes and finally recognize the true nature of the enemy.
We want the Aliens outside of our city!
When I go in the subway I have the right to sit with people with a human face, which may inspire confidence to me, as they are: 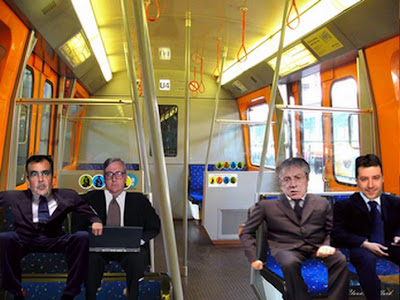