Air France crash: it was a terrorist attack! 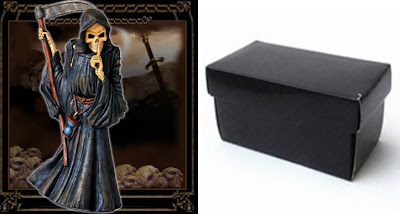 Dear friends, my daughters and sons, here I am.
You, who one day will come all to me, without exception, you, who continually evoke me, you, who never miss the opportunity to sing hymns and say prayers in my behalf, instead of celebrating every moment what life means, you want an answer and I'm here to satisfy you.
I have to help you; I must do it for all the attention that you give me.
I am always in the middle of your news, including television and print media.
I am the cause of your biggest fears, but at the same time you adore me, because more or less consciously you cultivated the resulting anguish as the farmer does with his more valuable land or as an introvert lover takes care of his secret passion.
Extraordinary people pass undisturbed through your life, and yet you remember them only after my entry into the scene.
I am the only light that can open your eyes to what is beautiful and the solitary voice able to move your head to what deserves your attention.
And what can I say of your religions? You manifested them as the most absurd paradox: those who say have faith in my defeat are obsessed by all that regards me, while those who declare to be atheist ignore me, like we do with an uncomfortable relative.
However, I am not here to scold or to preach.
As you well know, I do not have any morals, I am perfectly fair.
I am the latest in the world that can criticize your behaviour because thanks to you I feel every day like a star, as a movie diva, ever on the lips of all and also in their dreams.
Those dreams hide nightmares, but the substance does not change.
This is the reason why today I would like to return the favour.
I am a mystery without a solution to you, I cannot do anything, and these are the rules.
Nevertheless, I have the power to answer other questions that got the place of the lives no longer among you.
I know what you are looking for...
So you have finally found the remaining parts of the Air bus.
I know that you were impressed by the disappearance of the plane.
I know that the news about the number of victims, 228, was a shock to you, but I also know that this is nothing compared to the questions that the disaster created in you.
One over all: it was a lightning bolt or a terrorist attack?
Relax yourself.
You will not find the black box because I have it.
To be honest, I have two.
In one there is the evidence that the lightning was responsible of the incident, a natural event, an unpredictable randomness.
In the second, on the contrary, the case is innocent: an Islamic attack is to blame.
The choice is yours.
Take the box you like, choose the answer that calms you more...

On Air France Flight AF447, was Terrorism Involved?
Debris found floating in the Atlantic north of the Brazil may be part of what remains of missing Air France Flight AF447, which disappeared over the Atlantic Ocean early Monday morning. According to Agence France-Presse, Brazilian officials reported that air force aircraft spotted what looked like debris from a plane but could not confirm with certainty. A Brazilian air force spokesman said that an aircraft seat was seen in the debris. However, something from the debris must be retrieved and matched with the missing Airbus A330 to get a positive identification.
Air France Flight AF447 left Rio de Janeiro at 6 p.m. Sunday evening on an 11-hour flight to Paris, France. About four hours into their journey, pilots radioed that they were experiencing turbulence. Fifteen minutes later, an automatic signal was received from the plane that it was experiencing electrical problems. No distress signal was received.