Berlusconi sues El Pais: the answer of the newspaper’s lawyer 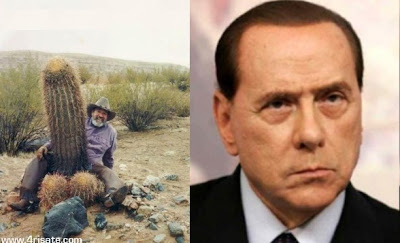 El Pais’ lawyer replies with this letter to the lawsuit against his client by Niccolò Ghedini, Berlusconi’s legal representative:

Writing this letter was very hard to me, because when someone told me you would have brought a lawsuit against my client I remained with no words to say.
I couldn’t believe to my ears…
How is it possible?
How does your country permit this hypocrisy?
How may some people so rich of history and culture accept such ridicule farce?
In theatre you are famous in the world for the farce, thanks to writers as Pirandello, Eduardo De Filippo and Carlo Goldoni, an elegant, intelligent and noble farce.
How can Italians tolerate this puerile setting?
Is it clear what I am saying?
I am talking about last three months, full of news of parties, presents to minors, divorces, family quarrels through magazines and so many gaffes around the world…
Your boss has no shame of anything.
In the last fifteen years the press have publicized everything is possible on him, often a way to make him more important than what he really is…
And now? Just for three innocent pictures, how your principal said, you bring a lawsuit against El Pais?
However I know the real reason for this reaction: because in the photo we have a naked man with is dong!
While your pictures show beautiful girls with great tits, it is okay; it is a ‘macho’ thing…
But when everybody see a big dick everything changes, isn’t it?
By the way, how can you vaunt with friends about it?
If the cock is not yours…

Berlusconi to sue on villa photos: Premier will take Spanish daily to court
(ANSA) - Milan, June 5 - Italian Premier Silvio Berlusconi is to sue a Spanish daily which published paparazzi photos of guests at his Sardinian villa.
Berlusconi's lawyer Niccolò Ghedini told ANSA on the phone that he and his client had instructed a Spanish lawyer to sue leading Spanish daily El Pais for breach of privacy.
The premier told Italian radio the pictures - which included snaps of topless women showering and a naked man about to jump into a pool - were ''innocent''.
''I'm not afraid, they're innocent photos,'' Berlusconi said after the photos appeared in the print and online editions of El Pais under the caption The Snaps Berlusconi Doesn't Want Italy To See. ''The photos show people bathing in a Jacuzzi inside a private house used by guests,'' he stressed.
Asked why the women were topless, Berlusconi asked his interviewer: ''Why, do you have showers in your clothes?'' The premier said it was ''scandalous'' that the photos had been taken while he was hosting a Czech delegation in another part of the sprawling villa.
''The right to privacy must be upheld, especially in the presence of prestigious guests,'' he said.
Last weekend the premier successfully obtained a court order to have the photos seized in Italy to prevent their publication.
Berlusconi also said he was sure the photos would not hurt his chances with the Catholic vote in this weekend's European Parliament elections, where all polls show he has a big lead over his centre-left opponents.
''If there has been any government close to Catholics it has been this one,'' said the premier, whose image as upholder of family values has also been hit by insinuations about a friendship with an 18-year-old aspiring model over which his wife has asked for a divorce. Berlusconi added that an unidentified Vatican official ''described relations between the government and the Holy See as better than with previous governments''.
Berlusconi, 72, has been dragged into a media storm over his private life ahead of this weekend's European Parliament elections.