In October 2008 Berlusconi met George W. Bush.
Today, , the Italian premier has another appointment with the President of the , which in the meantime is new: Barack Obama.
Last year, Silvio has arrived in the evening before the three days meeting, to stay in the famous Blair House, the official residence of the White House guests, the very important guests: 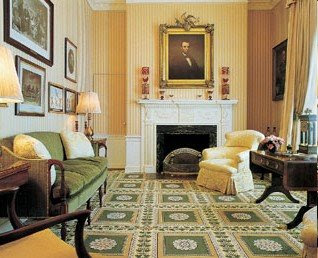 Yesterday evening, after his arrival in the States, Berlo was accompanied where he will remain during his short one day trip. It is the Cloak Motel and here is a snapshot of the bedroom: 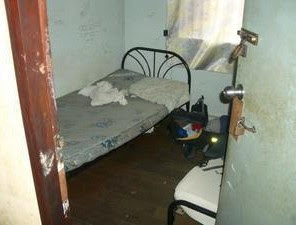 In 2008, before the leaders briefing, Berlo was received with honors and a great ceremony on the terrace of the White House: 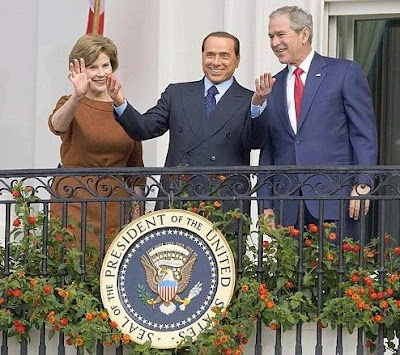 No earlier than this late afternoon, Berlo will be leaded to the entrance where he will access to the White House: 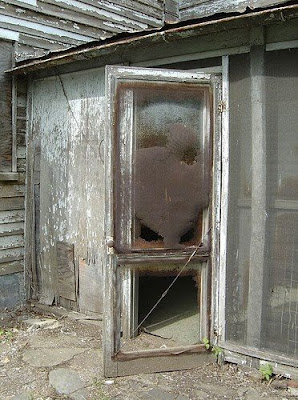 On his last official meeting before the end of the mandate, Bush received his friend Silvio in the famous Oval room, making him sit on a soft armchair: 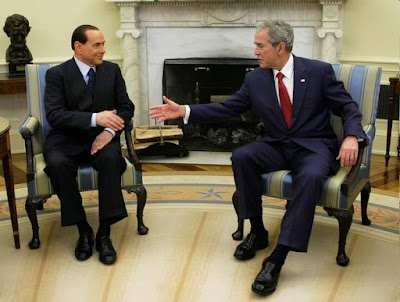 The meeting room where Berlo will wait Obama is a space often used by the White House butler: 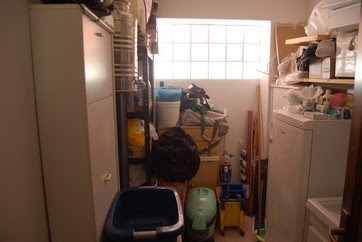 At the end of his U.S. trip in 2008, the Italian premier had the privilege to celebrate his visit with an elegant dinner culminated with a friendly toast with President Bush: 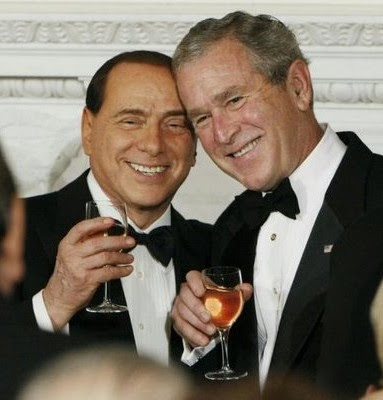 Berlo and his entourage, before leaving the States, will have the chance to spend a wonderful meal ticket in a snack bar: 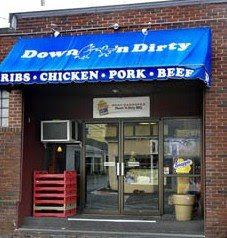 Despite what Silvio says, the relations between USA and Italy has changed...

Berlusconi to meet Obama ahead of summit in Italy
WASHINGTON (AP) — Italian Premier Silvio Berlusconi's meeting Monday with President Barack Obama offers the Italian leader a chance to rehabilitate his international reputation after a scandal over his link to an 18-year-old model and ahead of a major summit he is hosting next month. Obama is looking for common ground on boosting the troubled economy, and the two leaders are likely to discuss the differing approaches of the U.S. and most of Europe — a topic that will feature prominently at the July summit of the Group of Eight leading industrial nations in L'Aquila, the Apennine mountain town that was devastated by an earthquake this spring. "I think (Obama) will want to encourage as much conversation and public statements as possible about strong U.S.-European cooperation to ensure quick recovery of the economy," said Heather Conley, director of the Center for Strategic and International Studies' Europe Program. The leaders offer a striking contrast: Berlusconi, a media mogul and one of Italy's richest men, has been plagued by criminal trials, conflict-of-interest accusations, tawdry scandals and headline-making gaffes that have drawn scorn from other countries but have done little to lower his high popularity rating at home. Among other unguarded comments, Berlusconi made headlines shortly after the U.S. presidential election when he said Obama is "young, he's handsome and he even has a good tan." Obama, on the other hand, is a young, dynamic president with a squeaky-clean family image and a reputation for phenomenal self-control — hence his nickname, "No Drama Obama." He is much admired abroad, especially in Western Europe. The meeting is important for Berlusconi, who is seeking to establish a personal relationship with the young, popular president akin to the one he had with Obama's predecessor, George W. Bush.