I am six years old and I was born the 20th of March, in 2003, exactly the day when the invaders came to my country.
With airplanes... 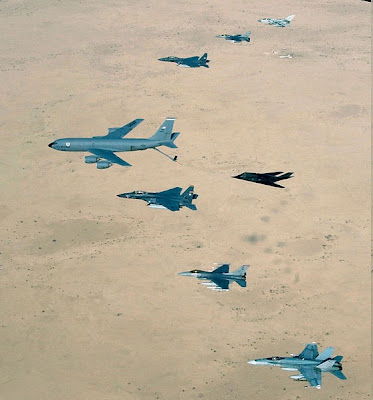 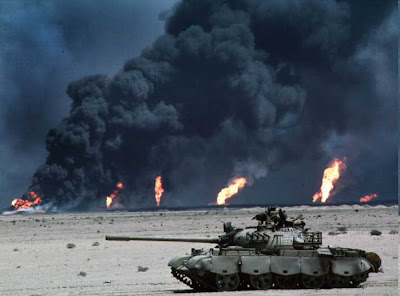 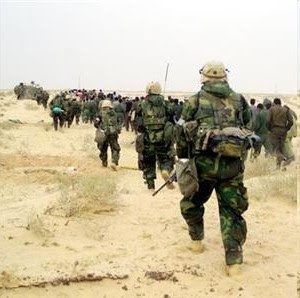 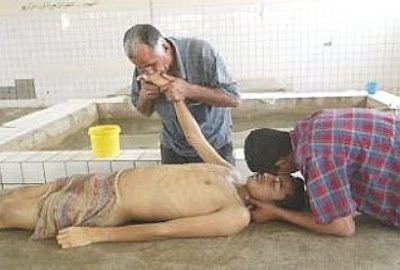 Dad is no more here and mom always cries when he says is a real injustice that I was born with the war and I lived my first years on the smell of bombs and the dead, between the cries of pain and anger.
She is probably right, but today is not the day of sorrow or anger.
The moment of joy is finally here and I have never been so happy in my life.
Because now in place of the explosions there is music in the streets.
Some people sing... 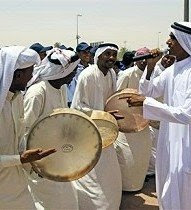 Some play because they can... 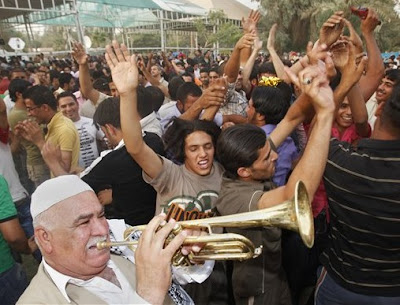 And others do just because they are happy... 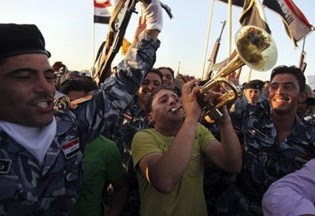 Some people smile, even if they had forgotten how... 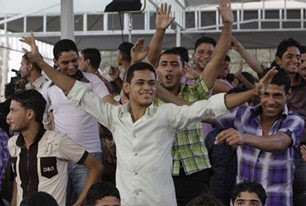 And others has found a reason to leave their house that is not escape... 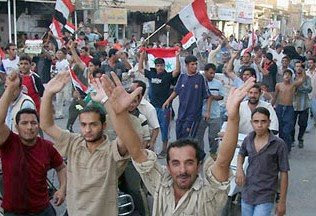 But everyone is celebrating for the same reason: the invaders go away. 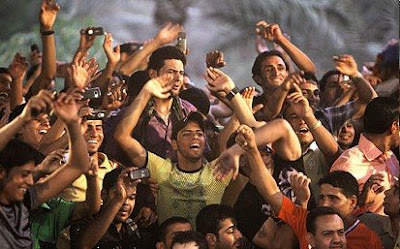 Iraqis welcome withdrawal of US troops
Iraq turns another page in its recent history today as US forces hand over to their Iraqi counterparts in towns and cities.
Just one of many ceremonies: a US general in charge of Baghdad handed over a giant symbolic key to the Defence Ministry to his Iraqi opposite number.
There are lingering doubts the Iraqi armed forces will be able to maintain law and order as they stand on their own for the first time.
Nevertheless, it’s a time for general celebration that the occupation of foreign forces is at last coming to an end.
On the Tigris River in Baghdad much national pride was evident.
Well known Iraqi singers serenaded fans with patriotic songs, as Iraq enters a new era mixed with much hope that peace will ultimately return to a land which has seen so much bloodshed.