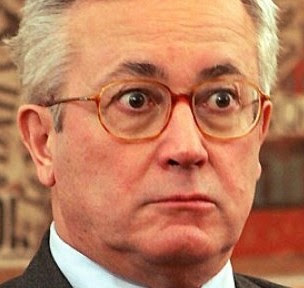 The Aspen Institute Italy is pleased to invite you to the meeting entitled Building the after and renovating the leadership, which will take place the 8th of October 2009, at our office in Rome.

I would like immediately to clarify a misunderstanding: this is not a conspiracy against you know who. We do not pronounce his name, but you certainly knew who he is.

The fact that our convention will be exactly on the day after the Lodo Alfano verdict and the presentation of Italia Futura, the new party… oops, the new Foundation of Luca Cordero di Montezemolo is a pure coincidence.

The conference which you are invited to has another objective: the leadership of the future.

I know what you're thinking... economy and politics link, trade and parliament, conflict of interests…

I've already explained that we are not here against you know who.

Let’s stop with against style: we are for, for the leadership of the future, which leads to the creation, in Italy, of an overall leadership in terms of a consensus that is not only immediate and the mediatic…

I understand that here too you could read a vague reference to you know who, but you must make an effort in having an innovative vision.

Many mistakes have been made in the past.

It has been argued that innovator must first be a transgressor. However, for some it is true that innovation requires a certain degree of transgression but is also true that without a steady accumulation of knowledge innovation itself it can easily become just "eccentric"…

Any reference to the gaffes and the "private" affairs of you know who is purely coincidental.

We are not here to make conspiracy. Do you think that in that case we would also invite Massimo D'Alema, Ignazio Marino and Umberto Veronesi? By the way they are part Aspen too…

This conference will be used to create a very restricted and highly qualified working group to deal with these issues of strategic importance for the progress of Italy.

The era of intrigue and subterfuge is over.

Oh, I forgot, this letter is personal and confidential…