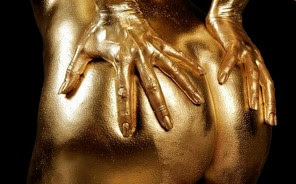 The room is chock-full.

There are all the most important men of italian government.

A tense silence is in the air.

President Fini goes ahead and starts to make an imitation of Berlusconi, just to decrease nervousness.

Some people laugh, probably the most peaceful.

Only Gasparri neither laughs nor smiles.

At that moment Berlusconi arrives and Fini returns to his place, receiving a bad look from the premier.

"Gentlemen," he says, "as you well know Lazio former governor Piero Marrazzo maybe not the only one politician frequenting the transvestites, but also one of you. If this were true, it would be a shame!"

"Someone tells that there is another one of centre-left…" Minister La Russa polemically comments.

"I do not care if they make out with transvestites!" Silvio screams. "The newspapers speak about a golden butt! Right people are ever active, do you understand?!"

"I can tolerate everything, you know it," Berlusconi continues, "but I can’t accept that one of you is a “talking ass”… I want to know who he is and I want to know it now!"

At that instant, the only one that before was not smiling stands up and exclaims: "Silvio, they want to slander me!"

”Maurizio… I told you nothing…"Berlusconi says.

"Yes… but I know what you all think!" Gasparri insists, very nervous. "These voices are a noisy shameful squalor…"

"What voices?" Silvio replies. "Have I said your name?!"

"However I swear that the first one who writes a line, or that only suggests something else, I will drag him to the Court," the former minister cries.

"Let’s stop with these bullshits!" Silvio shouts too. "Maurizio… do you have a guilty conscience? Or as we say in Italy, have you a straw ass?"

"To be exact, the proverb speaks about a straw tail*…" minister Tremonti corrects.

Silvio Berlusconi does not like to be publicly revised and watches him very irritated.

"Yesterday IRAP tax and now the ass," Silvio thinks with a vindictive look, while a sudden sweat drop appears on Minister of Economy’s forehead. "Now it is really enough…"

Transvestite case, former minister Gasparri: they want to slander me.

*He who has a straw tail is always in fear of its catching fire.