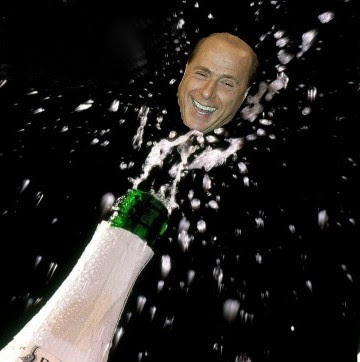 A recent controversial bill about the short process, currently discussed buy Italian Senate, has been in the last days at the centre of political debate.

Like any issue able to catalyze the general attention, everyone in our country feel entitled to express an opinion.

So, I am very proud to host on my blog the opinion of Professor Willy Phallus, a world expert on medical sexology: "First of all, I would like to thank Berlusconi’s government that has finally decided to deal with a problem that haunts many, too many men in our country.

Malicious people accuse the majority in parliament of having proposed another law for the exclusive Silvio Berlusconi‘s benefit.

I have never hidden my sympathy for the Italian prime minister; however, without considering the merits of the above, I would publicly state that never before they have dealt with a more popular measure, which is important for a large part of the male population. I'm talking of course about the short process of ejaculation, commonly called premature. The short process is a serious discomfort for many men and especially annoying for people, even the older ones, accustomed to a life of libertine sex, with no limits.

The individual, who suffers from short process, especially if no longer young, is recognized by a behaviour that is exemplar: to hide the problem, the patient tends to continue to brag in public of his amatory skills and personal passion for the female genre.

In severe cases, this need to compensate for the concealed inconvenience, leads the aged men to exceed all bounds of decency, completely forgetting the respect of the context in which they occur.

I have no idea if our prime minister is suffering from short process, but if so I invite him to admit it publicly.

We are in the third millennium; he doesn’t need to be ashamed.

It would be a sign of great maturity and will help many people who live in total disgrace for that condition, people who would be grateful.

If you think that in Italy at least four million men are affected.

Four million potential voters, if you know what I mean…"

Short process in the Senate.

The Italian Senate is now discussing the bill to reduce the time of the processes: requirements two years after referral for evaluation for the processes and offences less than ten years of imprisonment.