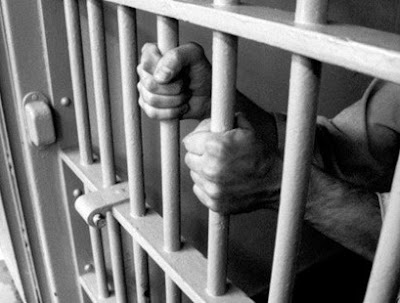 No… try to understand me.

Then, live is a big word, a huge, unbelievably huge word.

Survive too would be inappropriate.

Life means time and where I am there is no idea of time, despite what they say on television.

How many stories they told you about me, how many lies they showed you, disguising them as half-truths…

They convinced you that my main problem is the space that is never enough, that the nature of my conviction is anyway right, because the punishment that was imposed on me is part of a destiny which I chose by myself.

They have also persuaded you that my isolation is essential for your safety.

In other words, once again they have sold you the illusion that this time too everything has been done for your wellness.

Obviously, they omitted a small but very significant aspect: any of you at any time, could be at my place.

Then maybe you would see things in a different light, until the light stays on, it is evident.

The fact is that I am tired, tired of lying to you and lie to myself.

The most important thing, that nobody should ever deny me, you know it perfectly.

Hope for a better salary or even the lowest wage, for a new car or everything runs, for a bigger house or even a roof that is not a tent, like many long-forgotten in the cold of winter of Abruzzo.

This probably is good to you, because a mere, simple hope would have been sufficient to me, a hope without asking, expecting nothing or anything, invariably.

That invisible force that keeps eyes open to the world around the corner, even in a cell.

That vital breeze that makes breath one time and again and helps you to bear all, because even in the worst possible moment, it finds enough love to whisper in your ear words like these: the war is over, the pain will cease and there will be finally an after.

I never expected of being so guilty to not deserve one.

Yet, I decided to end it all so my gesture forces you to realize that what you denied me, you have taken to you too.

However, for you… there is still hope.

My conclusion will deliver you and will melt the chains to a lot of people, some unjustly imprisoned, many more than you can imagine.

I have no idea how long this moment will be, but do not let this chance slip.

You can do better, we can all do better.

It will be enough to remember the true reason why me and all of you were born.