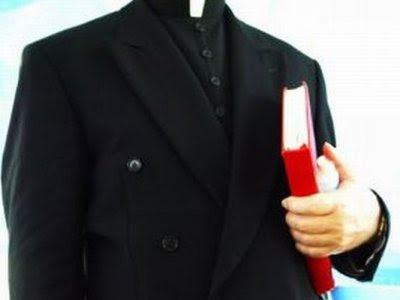 The international timeline, from Irish Times:

1984 – The first case of clerical child sex abuse to go public – Fr Gilbert Gauthé in Louisiana , USA, is revealed as a serial paedophile.

1985 – Fr Tom Doyle, a US canon law expert, warns of dire consequences if scandal is not dealt with openly and effectively. He is ignored and removed from his position in the Vatican embassy in Washington.

1993 – Pope writes to US bishops – “I share your sadness and disappointment” – but points out that the child sex abuse problem concerns only a small group of priests. His spokesman, Dr Navarro-Valls, sums up the Vatican attitude: “One would have to ask if the real culprit is not a society that is irresponsibly permissive, hyperinflated with sexuality and capable of creating circumstances that induce even people who have received a sound moral formation to commit grave immoral acts.”

1993 – Canadian bishop Hubert O’Connor resigns after being convicted of molesting teenagers at a boarding school.

1995 – Austrian Cardinal Hans Herman Groer resigns as head of the Austrian Catholic Church amidst allegations that he sexually abused boys. He remains on as Archbishop of Vienna.

1997 – Catholic diocese of Dallas, Texas, ordered to pay $118 million to victims of Fr Rudy Kos. It is the largest ever child sex abuse settlement. The diocese was held to have covered up Kos’s abuse.

2000 – UK Cardinal Cormac Murphy-O’Connor rejects calls for his resignation over his handling of Fr Michael Hill, who received a five-year jail sentence for child sex abuse.

2001 – French bishop Pierre Pican on trial for failure to report his knowledge of sex abuse crimes by a priest against children. He receives a three-month suspended sentence.

2001 – Reports made to Vatican of widespread sexual abuse of nuns by priests throughout Africa. No response from Vatican.

2001 - Archbishop of Cardiff, Dr John Aloysius Ward, resigns in midst of controversy over his handling of paedophile priests.

January-February 2002 – Clerical child sexual abuse scandal explodes in US with release of thousands of documents implicating Cardinal Bernard Law of Boston in a major cover-up.

April 2002 – US cardinals summoned to Rome by Pope as their child sex abuse crisis spreads nationwide.

June 2003 – ex-Governor of Oklahoma Frank Keating resigns as head of US Catholic Church sex abuse oversight panel after comparing some bishops to the mafia.

July 2004 – Diocese of Portland is first in world to sue for bankruptcy in the face of compensation claims from clerical child abuse victims.

"Paying tickets in the cathedrals and churches may seem inappropriate but it is often absolutely necessary for the enormous costs that the bishops must face..." Francesco Buranelli, secretary of the Pontifical Commission for Cultural Heritage of the Church.

They need money, much money, between trials and reparation...