Wives of politicians, the best thing they have… 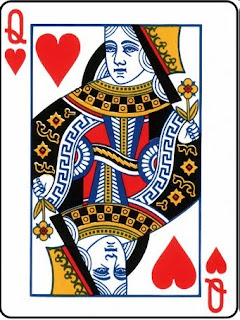 This morning, remembering the recent embarrassing stories of some of italian politicians, I made this consideration: their wives are the best thing these men have.

The women who live alongside these so-called leaders, who are often relegated by the press in the shadow of powerful husbands, sooner or later show to deserve a respect that their men may just dream.

While the facts that struck the former governor of the Lazio region Piero Marrazzo are still on every newspaper, his wife Roberta Serdoz, despite the obvious humiliation due to her husband’s actions, reveals a remarkable personality.

How can we not mention Silvio Berlusconi’s wife, Veronica Lario, one of the few influent people in our country able to speak in very difficult times with sincere honesty about the questionable behaviour of our Prime Minister.

I think of all the wives of various politicians, hit by the scandals of their men because they are linked to in good times and – ever more often… - in bad.

I remember the wife of now former member of The Union of Christian and Centre Democrats party (UDC), Cosimo Mele, who became well known for having spent one night in 2007 in a Rome hotel with prostitutes, suspected of using alcohol and cocaine too.

Undoubtedly, our society, that is still guilty victim of a macho culture, does not allow many women to pursue careers in Parliament as in the Senate, but what is the reality?

Have you ever heard of a scoop about a female politician and his sexual habits or drug abuse?

In all these years, how many news did you read about a powerful woman accused of indecent behaviour?

I know what you think, but forget Sandra Lonardo, Clemente Mastella's wife. She is just the exception that proves the rule.

The truth is that perhaps we should admit that in Italy rather than the moral issue, we should speak of the male issue…