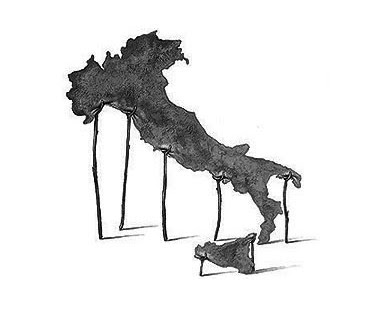 Although I knew, since I learned to read, that I would have followed the road of writing, I decided to study at university the art of calculating.

Remembering this, I tried to review the past week paying attention to the numbers, to better understand where my country is going, by a serious and concrete point of view.

Without useless talks, because, as everybody knows, mathematics is not an opinion:

Berlusconi will remain in hospital another 36 hours; the doctors declare that he will not return to work for at least 10 days.

Important news, is it right? He is the real star in the focal point of the media, the primary target of web, the favourite topic of all, from Left to Right, isn’t it?

Italy is 13th in the EU GDP ranking.

But we rejoice the same: we are before Greece and Cyprus!

50% of families who pay a rent are suffering: this happens because the fees have risen by 105%.

Well, if the tenant suffers, means that the enjoyed…

Istat said that unemployment in Italy rises to 8.2%. In the third quarter of 2009 and the number of employed decreased by 508 thousand units over the same period of 2008. This is the worst change since April 2004.

But we did better than other European countries, right? Our government repeats it everyday, isn’t it?

And we get to Friday December 18:

The Finance Guard has discovered undeclared income of 30 billion euros and 5 billion taxes evaded: over 8 thousand evaders were identified.

In my humble opinion, I think that Italy today is all here in these numbers.

8 thousand evaders, 8 thousand thieves who stole 30 billion to the State, that is, to us, and especially to those unemployed who are 508 thousand more than in 2008.

And then we wonder why there is tension in the country.

Perhaps President of the Senate Renato Schifani is right: the fault is on Facebook...