All bloopers since Frattini to Fini 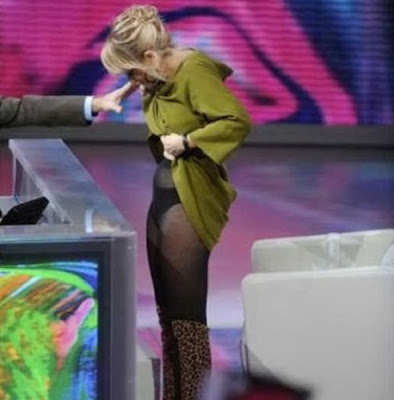 Well, they are not all, just those which I was able to find.

But first, here is a little eulogy of the blooper:

The blooper is a magical place, a not marked on maps country, a never land that suddenly becomes ever.

It is the truth’s mouth that raises its head, it is a virus that infects the memory of the spectators, is a quick look in the sleeve of the magician.

The blooper violates the professional secrecy as confessor’s one, the inquiry silence as the unspoken confidentiality in the eyes of politicians.

The blooper is a democratic storm that discovers the true identity of superheroes like thos of criminals.

The blooper is a priceless moment that gives meaning to everything on air...

Certainly, apart from the poetic vein, I am aware that often the blooper is a voluntary instrument, but it does not change its important meaning: someone is telling us something that normally he does not say.

Like when the Minister Franco Frattini named charlatans the exponents of the CCD party of Ferdinando Casini and then added: "They are ready to trade us..." (1997, source).

And like when Guidalberto Guidi, vice president of Confindustria, said frankly: "In the world market there is no more space for social solidarity. There cannot be an ethic market, because I do not know an ethic consumer; our time is not right to have a social spirit and I ask you where you find the time to get it."

Like when Clemente Mastella, speaking about his opinion on civil unions, honestly said: "On the de civil unions we found a beautiful and ambiguous solution and Romano Prodi, that Cardinal Ruini does not appreciate, started talking about Pacs. I do not I understand him..."

And as when Silvio Berlusconi, host of reporter Lucia Annunziata, had this interesting exchange with her:

Silvio: "I have a little chance to go on TV news and actuality issues are not interesting for the elections."

Lucia: "But there are also important things to talk about..."

Silvio: "Yes, okay, but I ask you to do something fast."

And finally, moving away before the deadline, Silvio: "Goodbye, thank you and then you say that I control Rai!''

Like when this year Berlusconi animated again the European square telling of a fantastic daughter:

Until now, when the president of Italian Chamber of Deputies Gianfranco Fini revealed his opinion about Berlusconi, in the blooper of the moment (2009):

Yet, if you think about it, all these bloopers really tell us something new?