The career of a politician may be hard.

Everything is magnified and becomes inevitably larger than what it really is.

Ups and downs, all are monstrously exaggerated.

Thus, after periods of bright fame, he can slip into a dark without end tunnel.

Enemies everywhere, even among friends, in the family too.

Bloodthirsty judges are eager of sinking their fangs on his meat.

Adverse newspapers are sadistically ready to put the pen in the wounds of his last debacle.

And the merciless line on the chart that matters suddenly begins to decline.

That is the time we arrive…

We are the last chance for deputies in crisis.

We are the deus ex machina for the party leader on the ropes.

We are the cavalry that saves surrounded Senator.

Dear politicians, smile, because the comeback is still possible.

Do you want to see that fundamental line returning magically up?

We can help you.

Obviously there is a price and it will not be painless.

However, you know better than us that success in your field can not disregard the compromise, otherwise you would not be there...

So, here is the ultimate solution: the aggression.

An ordinary person, not related to any party, will hit you in the face with a blunt object during one of your public appearance.

The important thing is that the aggressor should be held up as a lunatic, a mentally ill person.

This aspect is crucial.

The concept must be clear: only a fool would attack you...

The real difference is the object.

So, we present the latest news from our catalogue:

For those of you who have an obsession against Rome, here is the Coliseum: 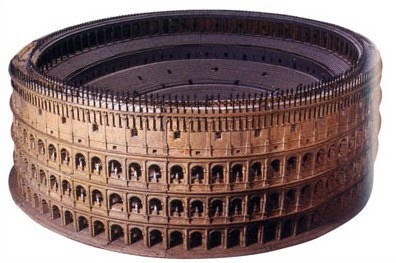 For those who sit on a side but have a habit of swinging at the other one, the Tower of Pisa: 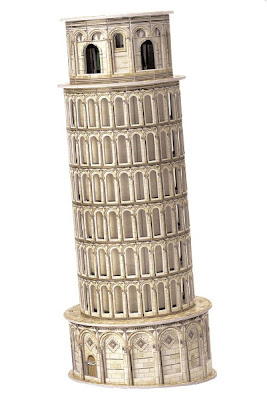 And finally, our best offer.

This is a product not yet on the market, but you will see: people will steal for it.

We have only a sketch, but you can already book it.

For politicians who incredibly need the votes of Sicily, here is the bridge over the Strait of Messina: 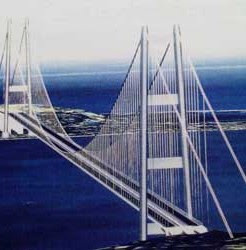 For those who have taken Milan rather than Rome, because the Pope first arrived, we are sorry, the Dome is sold out... 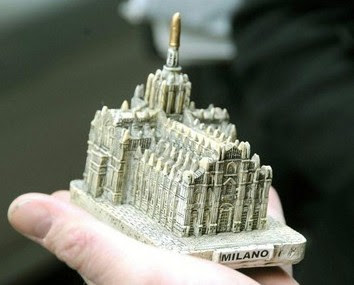 The attack reinforces the premier.
"Confidence in Berlusconi has increased by three points in a single stroke…"