After thirty years, Berlusconi's Mediaset, the queen of Italian commercial television will reveal its true face.

The make-up women will not work, because they will be on strike, leaving alone the stars, truly exposed on the screen, in front of the spectators.

We will finally see the real face of mediocre people that millions of masochist citizens have made demigods. 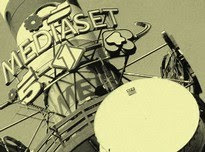 So, faced with the truth of sagging skin, the honesty of deep wrinkles and sincerity of a pimple ready to explode, many of us will feel the brain starting again to walk and find that unique gift that memory is.

We’ll see Virginio Scotti, known as Gerry, recalling the article that two decades ago Beniamino Placido wrote about him, saying that in Italy you can do everything, in Parliament and on television…

We will look at the face of Maria De Filippi and immediately we’ll reflect on the fact that she started to enjoy the screen in 1993 only after she coupled with Maurizio Costanzo.

Similarly we’ll watch the face of Cristina Parodi, since 1995 in the drafting of TG5 and ever since 1995 Giorgio Gori’s wife, then director of the network.

In other words, for the talent on TV there is always time. It’s like love: sooner or later it will come…

We’ll see Barbara D'Urso’s face and we’ll remember when in 1995, interviewed on Rai Tre, she declared to be ashamed of sunbathing naked and to be seen like that by everyone, omitting that her television launch was in 1978, while she was performing a topless in a Rai Due program.

So we’ll stop our eyes on him, Emilio Fede, the best Berlusconi’s friend on TV, and suddenly we’ll feel an incredible headache.

Too many awkward and embarrassing facts will emerge from the past, but some of us will find the strength to re-read the sentence with which the director of TG4 was found guilty of fraud.

And so, between a serial and a quiz, we’ll take the remote, we’ll turn off the TV with disgust and magically we’ll see our face reflected in the video.

At that moment, we’ll finally realize that giving wealth and fortune to these people, we are forgetting something more important of their past.