Berlusconi takes care of candidates. What about the voters?

February 18, 2010
Stories and News No. 112
The Story:
We are at Palazzo Grazioli, one of Berlusconi’s houses.
It’s time for dinner and Silvio stands to make a speech.
In the room there are important guests, all significant people, as ever.
The Premier jokes, as usual, and everyone laughs.
They do it even when he’s not funny.
That’s normal.
A famous motto says: if your president made a nice joke, laugh, but if he starts to say bullshits, you have to worry.
However, if he is Berlusconi, he can say what he wants, so nothing happens and then you must continue to laugh.
Suddenly the premier becomes serious and addressing the issues of the forthcoming regional elections, makes this statement: “With all that is happening, we should pay more attention to people we candidate...”
In that moment, time flows at normal speed.
This pause doesn’t exist for any of the distinguished guests.
However - as during the last official dinner for Obama - there is a pair of crashing visitors:
a man and a woman, strong supporters of the president, two indomitable voters of Silvio.
Nothing made them give up, because - as he always says on TV - there's never been anything real about him.
The fact is that they had never personally seen him.
And when you meet someone in the real world, with his true face, even if it is retouched, with his real voice, without any opportunity to cut and omit, it is another matter.
The two fans, unlike the celebrities, have carefully listened to every word.
They know this instant won’t happen another time.
So, that moment stops and the seconds magically stretch.
The voters of Berlusconi may do this.
Don’t worry: the Democratic Party will copy that too.
The unknown couple remains suspended on the sentence with all that is happening, we should pay more attention to people we candidate and they both anticipate the conclusion basing on the dream the prime minister drew within them.
Thus, one finale seems eligible to them: for respect to the voters.
It’s obvious, it’s logic, it’s indisputable, they think.
So the time starts to run normally and the president ends in this way: even for not leaving an uncovered side to the opponents.
With all that is happening, we should pay more attention to people we candidate, even for not leaving an uncovered side to the opponents.
The unexpected visitors repeat upset in their heads the previous sentence, they confronted with each other but there is no doubt.
Berlusconi has said so.
So, they look around and remember to be just crashing guests.
The crashing guests cannot pretend anything.
They may eat and drink, but silently.
Otherwise, they could stay at home.
In front of the TV. 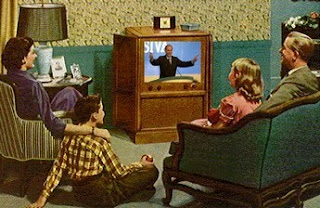 The News: Berlusconi: we must pay great attention to candidates.
Stories and news: “invented” Stories, fruit of my imagination, inspired by “true” media News.
The people and the tragic story of Italy, Saturday March 20 2010, World storytelling day in Rome.
Share the post: