February 11, 2010
Stories and News No. 107
The Story:
Once upon a time there was Italy.
In Italy there were two men.
One was Guido Bertolaso and the other an ordinary Mario Rossi.
Guido had important origin.
He was son of the General Director of the Air Force and nephew of Cardinal Camillo Ruini.
Mario's father was a bricklayer, an old school one, that may do everything and once he enters to build your house you don’t need to call anyone else.
In the early '70s Guido started to study medicine at University.
Mario too, although his father discouraged him several times, with these words: "Listen to me, learn my job. How are you going to enter a hospital or to open a studio with no money and important friends?"
Yet the son didn’t give up and worked all summer as a waiter to pay for the university subscription.
In 1977 Guido graduated with honors.
In the same year Mario reached the milestone of graduation.
The final vote was not so high, but his real joy was to be able to get that prestigious result, scored studying at impossible hours and grinding like a mule to bring pizza and beer to many young people more fortunate than him.
After the graduation, Guido attended a Master of Science in Public Health at the Liverpool School of Tropical Medicine.
Mario didn’t have the money for a master and was tired of working in restaurants.
He wanted to be a doctor.
After all, he had studied for.
Unexpectedly, his father gave him the money for the specialized training in paediatrics: if everything would have gone well, Mario would have become a doctor of children.
After the master and specializations Guido left for Africa, to conduct research on tropical diseases.
Mario also went to Africa.
The real reason was that he had met a girl named Sara, a NGO activist, and had fallen in love.
He thought that she had not understood, but he was wrong.
That’s typical.
In the years that followed, the career of Guido was in continuous ascent to the buildings that count.
He became Coordinator of projects in developing countries for the Foreign Ministry, Head of the Department of Social Affairs, UNICEF Deputy Executive Director, Deputy Commissioner for the Great Jubilee of 2000, and above all Head of the Department of Civil Defence.
Mario had a normal livelihood.
He married Sara and they had three beautiful children.
Finally he started to work as a paediatrician in a little centre on the outskirts of Rome.
He was one of the few doctors not finding any difficulty in front of the dense presence of foreign children among his patients.
More than ever in Africa he realized that a doctor have to take care of people, not colours.
In case, that was painter’s business.
In the next years the fame of Guido became huge in Italy, making him earn the trust of every government, from Right to Left, with gold medals and celebrations.
In addition he was elected Commissioner for the garbage emergency in Campania and then Special Commissioner for Emergency Management in the post-earthquake of Abruzzo.
At the same time Sara fell ill and Mario, to respond to the needs of his family, had to reluctantly return to the old and hated job of waiter.
By day the medicine and in the evening running between the tables, just like at university.
"This is the life of normal people," he thought in a moment of discomfort in those days. "Years of work and sacrifices and instead of a medal I received only misfortunes..."
In February 2010, after years of work and sacrifice – his words - Guido was investigated for corruption.
Inevitably, he was forced to resign, but after a few hours the prime minister Berlusconi rejected them and all the country's government offered sympathy to the common cry: "Guido, don’t give up..." 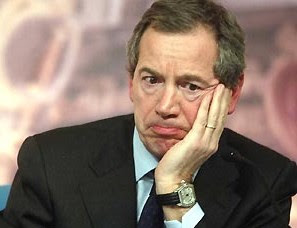 In the same days, Sara began to feel better.
And so the birthday of Mario came.
That evening he returned home as usual tired and a bit low mood, despite doing everything possible to show a smile a moment before opening the door.
However, that time he didn’t need it.
His wife, the children and all his best friends were there to celebrate him.
An incredible joy flooded his body.
Sara hugged him and whispered in his ear: "I love you, Mario."
"This is the life of normal people," he thought before going to sleep that night. "Years of work and sacrifice, and instead of a medal I received misfortunes… but also love and respect, dedication and consistency, dignity and honesty."
Mario, don’t give up…
The News: Guido Bertolaso, don’t give up!
Stories and news: “invented” Stories, fruit of my imagination, inspired by “true” media News.
Stories and News, the Storytelling show: February 12 2010, Rome.
Share the post: