Italy, from 1992’s Tangentopoli to now

February 16, 2010
Stories and News No. 110
The Story:
My name is Italy.
I know it's a challenging name, full of meanings.
The fact is that my parents have always been set by geography.
However, I cannot complain, because these days are definitely gone worse for my sister Tanzania and my brother Senegal…
I was born in 1992 and now I will be eighteen years old.
I will finally vote!
The year of my birth was an important year, with many memorable events, as the final dissolution of the USSR, the signing of the Treaty of Maastricht, the killings of Falcone and Borsellino, but especially the beginning of Tangentopoli.
I haven’t decided how I will vote.
I'm still thinking, but I’m very concerned about what is happening these days in the world of Italian politics.
Gianfranco Fini, President of the Chamber of Deputies, said that now things are different since the year of my birth, because before politicians stole money for their party while today who steals is just a thief.
Maybe he's right.
After all these years in Italian politics there was a considerable change... 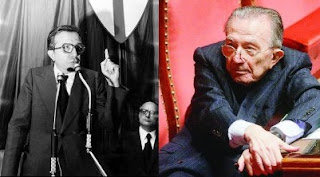 Who, in those dark years, have been wronged was vindicated...

Who appeared on television thanks to a violation of democratic norms, has seen the triumph of law... 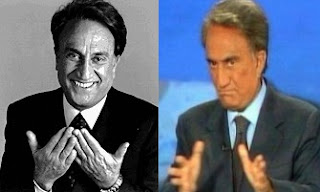 But above all, my country, that in 1992 saw its name tainted all over the world by the scandals of his political corruption, now has a very different reputation...

My name is Italy.
I know it's a difficult name, but it's mine.
I cannot change it.
I can only do my best to make it a good person's name.
I was born in 1992, a year full of important events.
This year I become eighteen years old and I will vote for the first time.
I don’t know if today politicians are different from those of Tangentopoli time.
However one thing is certain to me.
If today I want my country better than yesterday, I have to do something that my parents never had the courage to do...
The News: "Before politicians stole money for their party while today who steals is just a thief."
Stories and news: “invented” Stories, fruit of my imagination, inspired by “true” media News.
The people and the tragic story of Italy, Saturday March 20 2010, World storytelling day in Rome.
Share the post: