February 22, 2010
Stories and News No. 114
The Story:
Civilians…
So everybody called us.
Civilians, or women, children an old people, normal persons, but all without uniform.
We were the flooded citizens, the helpless inhabitants, and the unfortunate people.
We were just an unlucky casualty.
We were the civilian dead.
And so, we gained a paragraph in the newspapers, a word from TV news or at most a discussed talk show on a partisan episode of an alternative broadcast.
Bleeding from the head, swollen with tears eyes, severed arms, amputated legs…
You saw everything on the screen, yet there still were people in the world who thought that war was a chance… a civil chance.
Yes, civil, just like us, the civilians…
Anyway, the point was all here: If you have the stomach for considering the use of weapons to bring peace, you have also an obligation to put your fingers into our inert wounds and at that same moment, looking straight at us, saying out loud: "This was the right thing to do."
Then came the day when we were tired of paying for you.
In Iraq, in Afghanistan, anywhere in the world, we were those who offered the highest sacrifice to the altar of nothing, the nothing of semantic lies and syntactic deceptions: peacekeeping missions, international cooperation, and humanitarian intervention…
We said it was enough.
Enough with the involved songs, enough with the inspired prayers, well enough with useless posts like this…
We, the civilians, were tired of being such.
We didn’t want to wear these clothes anymore; we wanted to stop playing that shit role forever, like the black actor in horror films, who always dies first.
Terrorists?
No, this is a terrible mistake that we had already done. That happened many, too many times, and you had quickly learned how to use it against ourselves.
Now we claim to be no longer used in any way.
For this reason we have chosen the only path for survival.
A thousand dollars, a ship or a truck, and another life turned on by the hope of breaking the boundaries that divided your fortune from our misfortune.
At first it was still all a matter of words, the usual mocking dance of the points of view.
Some of you had the audacity to call ours an invasion…
From the moment we arrived on your honest land, in your safe cities, in the country of the undisputed morality, we were no longer civilians: thieves, murderers, rapists, we became the perpetrators of all your bad thougths.
Then we said enough with this too, enough with this ignoble taking the piss.
Here's the good news: today we are not civilians.
It’s a great day, this, because now we are people like you.
We are people of the democratic world.
We want what you want.
And we are ready to do anything to get it, just like you... 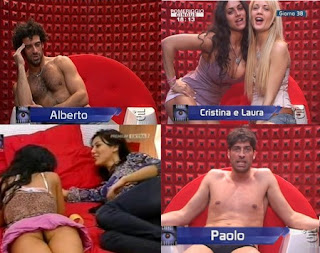 The News: The Nato kills a number of civilians.
Stories and news: “invented” Stories, fruit of my imagination, inspired by “true” media News.
The people and the tragic story of Italy, Saturday March 20 2010, World storytelling day in Rome.
Share the post: