February 24, 2010
Stories and News No. 116
The Story:
Once upon a time there was the people.
The people lived in a country like many.
The country like many was not exactly like many.
You may see it just reading the curriculum of the premier to realize it, but today I don’t want to talk about him.
What the hell, I give him enough space.
And if am I also doing a favour to him?
Well, I don’t want to think about!
Otherwise I get a panic attack…
In the country that was not exactly like many, since it became a republic - a form of government in which the head of state is not a monarch and the people or a part of it have an impact on its government – everything happened.
Unpunished massacres, unsolved crimes, legalized fraud against the State - which means the people - pervasive corruption at all levels of institutions - always to the detriment of the people - tangents at each office that is important – with the people’s money - conflicts of interest everywhere concealed or not with never kept promises.
Promises made to whom? To the people!
And the people?
Incredibly, as a character worthy of a fantastic story, the people did nothing, I repeat, never really did something to change that.
In more than sixty years they gave wealth, power, luxury and privileges to persons who made just deceptions and created illusions, exploiting them as a cash cow.
I know.
I suppose you will hardly believe me, but that’s the truth.
Moreover, compared to the past, something changed that made it even more absurd.
In the past the powerful men deceived the people thanks to their ignorance.
They didn’t know a lot of things, otherwise...
Well, even knowing them, there was no otherwise.
In other words: Yeah, I know they have stolen, I know they steal today and will continue tomorrow. I'm not stupid, okay?
But everything remained as it was before.
How was this possible?
How was it possible to take advantage of millions of people for so long, even in sunlight, without any opposition by them?
How could a bunch of smart as mediocre people suck the blood of a whole people for over half a century?
There was only one way: to convince them that they were smart and mediocre too.
It was enough to make every citizen, or the most, to believe of being a shrewd and dishonest man too, a man who took advantage of someone else.
The people were not a collection of saints, but they could not be so smart, otherwise… and there was no otherwise.
The next question is: how to succeed in this enormous convincing job?
That’s simple.
Just imagine a farce that was every time the same, a charade to regularly present on the TV news and newspaper, in films and soap operas, in books and magazines, in which to show that the people were all the same: all smart, all dishonest, all crooks, all infidels, all guilty, but not all with the same power.
I am talking about a farce to put on especially before the elections, because everything remained as before.
Besides, how can a thief complain about a theft? 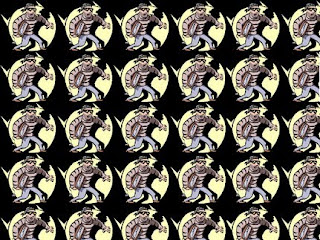