March 22, 2010
Stories and News No. 134
While media are still discussing on how many people were actually present Saturday at the PdL manifestation in Rome, Silvio Berlusconi’s refuse to meet his opposite Pierluigi Bersani makes me feel quite perplexed. "I do not think this is the right moment", the prime minister said. "I don’t think it’s appropriate to join a television debate with the opposition leader, because his daily statements against us made us lose confidence that we can achieve a productive and based on reality exchange."
Some might suggest that Silvio fears his opponent Bersani...
The Story:
Dear Silvio…
…
No, not dear. I am not able to say it…
Silvio,
on one side my message is really the result of a sincere desire of sharing and on the other of an extreme curiosity.
Since childhood I have always been fascinated by fear.
I think it’s an emotion of enormous value.
If it can overcome his fear a lamb becomes a lion.
If it can foment fear in the others, the lamb makes an even more powerful act: it transforms the others to lambs.
I have always loved to exorcise fear with horror novels, comics and movies.
I adore enlarging my eyes reading a bloody page or jumping on the couch in front of a suspense scene.
So if you were afraid of him… 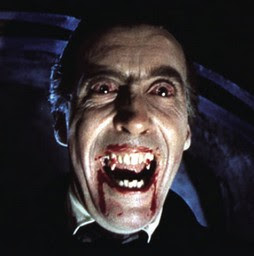 Well, I'd understand.
The thought that a blood thirsting vampire enters your bedroom, with those sharp canines to bite your neck is a terrible thought.
When I was a child I pulled on the pyjama collar as I could to avoid being surprised with naked jugular in the middle of the night.
If you were afraid of him… 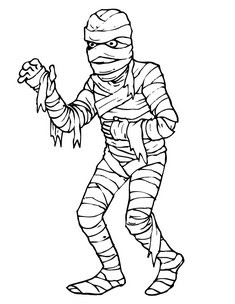 Silvio, 'I'd understand it too.
That wrapped creature coming from so far away in time, advancing towards you with outstretched arms ready to grab is a tremendous image.
Moreover, the Egyptian mummy, once arrived in Italy would be also an illegal immigrant, that’s further terrifying for someone like you.
If you were afraid of them… 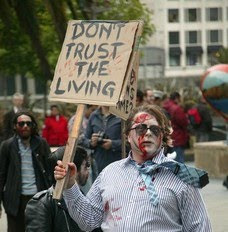 Well, you would have all my sympathy again.
The idea of being attacked by a horde of zombies and devoured alive by them is so unspeakable.
Luckily we are in the land of imagination; although it’s precisely this that in your place I would wait from Italian unemployed workers.
I'd understand you even if you were afraid of him… 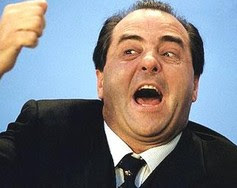 I know, I see, the Italy of Values leader is not like those of PD.
He speaks too simple, too direct, too personally.
What I fail to understand is that you're afraid of him… 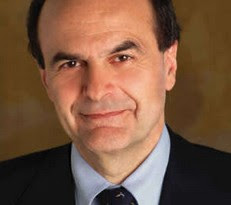 I do not believe… come on, you cannot do it.
Who's afraid of Bersani?
No, because if so, then you are really finished… 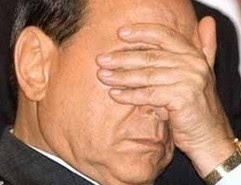