March 11, 2010
Stories and News No. 127
The Story:
Once upon a time there was a State.
The State was a Republic, a form of government in which the citizens choose their leaders and the People have an impact on its government.
In the Republic there were the Ministers.
The word Ministers comes from Latin minister, which means servant.
So the Ministers were the servants of the State.
However, since the State was a Republic, the Ministers were the servants of the people.
This commitment was taken with this oath:
"I swear to be faithful to the Republic, to loyally observe the Constitution and laws, and to perform my duties in the sole interest of the nation."
Faithful to the Republic, that is the People, in the unique interest of the nation.
And the nation is still the People.
The Minister of Justice, Minister of Education, Minister of Defence and all the others had then promised to loyally follow the Constitution and especially to perform their duties in the sole interest of the People.
Between the interests of the people there was one: knowing the truth.
The People who don’t know the truth are People who have been deceived.
Plato, speaking with Socrates voice, said that truth comes from research.
Research means reflections, doubts, questions.
To ask questions to know the truth is a primary interest of the People.
Consequently, those who prevent the People to ask questions and seek the truth do not work for their interest but exactly the opposite.
An oath is an oath.
Who betrays it is a perjury… 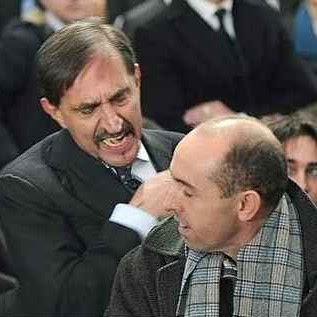