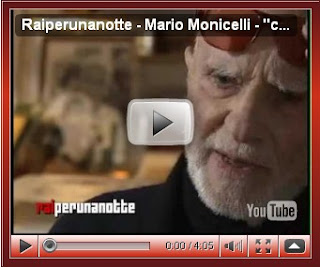 The News: Mario Monicelli: "We need a revolution…"
Stories and news: “invented” Stories, fruit of my imagination, inspired by “true” media News.
Stories and News, the Storytelling show: Tomorrow, Saturday March 27 2010, in Ferrara.
Share the post: