March 03, 2010
Stories and News No. 121
The Story:
The trouble for the PdL seems endless.
The list of candidates for Renata Polverini was excluded by the Court of Appeals.
The cause is the absence of the signature of one of the list representatives.
To be precise, we are talking about the signatures of two men: the regional coordinator of the PdL Vincenzo Piso and the deputy regional coordinator Alfredo Pallone.
However, Berlusconi didn’t like that.
His reactions tell us all: Without me they cannot do anything! and Enough with this inaccuracy!, naming two at random.
In addition there is the last comment of Gianfranco Fini to make Silvio angrier: "I don’t like this kind of PdL".
For this reason, the Prime Minister has appointed an old fox as Niccolò Ghedini is to investigate, and after a strenuous research, he is able to reconstruct the events that led to the Polverini mess.
Ghedini, received by the premier, goes straight to the facts, as usual.
Who better knows him, knows how much he hates to lose time in talking.
Here is the story of their meeting:
"Boss", Ghedini says before starting to read his notes, "I realized what happened..."
"Niccolò," Silvio reproaches him, "how many times have I tell you not to call me boss?"
"Sorry..."
"I am President, now, do you understand or not?"
"Okay. Excuse me, President..."
"Come on, don’t waste my time. Tell me what you found..."
"Well, as you had the chance to read on the news, the Renata list was not admitted because it lacked a signature, or rather two: one by Alfredo Pallone and the other by Vincenzo Piso…"
"So?"
"So, the evening before the last available day to sign, Pallone phoned to Piso and since he had to go to the dentist asked him to sign for him too. It isn’t regular, but that’s all."
"Okay. And then?"
"Piso didn’t go."
"I knew it! I knew that we cannot trust those former fascists... "
"No, boss… oops, president! Piso wanted to go… however, that day he woke up with a painful lumbago but he found a remedy…"
"What?"
"He called to the bar in front of the office where they deliver their signatures and since he is an old customer, he asked the boy who always brings breakfast to employees – Ermanno Cotica – to do the job. The guy voted for us..."
"Excellent. Hurrah for the people. They are our power!"
"Yes, but there was a mishap..."
"Why? Was Cotica kidnapped by a no global gang?"
"No..."
"Did those reactionary purple people take him?"
"No..."
"Was he eaten alive by a group of radicals in a break between a hunger strike and another?"
"No, let me explain. The young man asked the owner of the bar five minutes of time off to perform the mission, but the man told him no, because that morning there were so many customers and he could not be alone..."
"Communist barman!"
"No, he's one of us too… the fact is that the bartender is in debt and could not afford to slow down the work."
"So what happened?"
"The boy went the same, because he wanted to keep the word given to Piso."
"Good boy! I want to know him..."
"Wait. It is not over. The young man, while the principal has threatened to fire him if he had gone, went directly to the office with a tray with some fake orders. He came in, went to the signatures room, and delivered cappuccino and coffee to the employers, saying it was a present from the bar. Then he arrived in front of the big signatures book. There was a pen in the middle of the pages. Even without a cap..."
"That Cotica is a hero. I want him in the party!"
"Well, president... remember that the Polverini list was excluded because signatures were not affixed..."
"Yeah... but what happened then?"
"This morning I went to the bar and I saw Ermanno Cotica working. So I approached and asked for an explanation..."
"And what did he say?"
"He replied that he was about to sign when he found an argument that persuaded him to run back to the bar, try to make amends and get back his job, what actually happened."
"What argument?"
"His exact words were these: I should not to risk losing my job to allow the party to survive. It should be the contrary..." 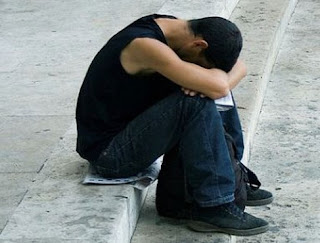 The News: Stop to PdL Polverini List.
Stories and news: “invented” Stories, fruit of my imagination, inspired by “true” media News.
The people and the tragic story of Italy, Saturday March 20 2010, World storytelling day in Rome.
Share the post: