April 08, 2010
Stories and News No. 146
It is finished.
Italy President of the Republic Giorgio Napolitano has signed the last immunity Law for the premier: the Legitimate Impediment.
The trick that for at least 18 months will keep Silvio Berlusconi far from his processes is now legal.
After the recent 'liberal' regional elections - preceded by an equally 'democratic' vote campaign, where all the contenders have had the same space to be heard by the voters… - our beloved prime minister announces that he is now available to meet Democratic Party leader Pierluigi Bersani and begin the dialogue for reforms.
Now he’s ready.
Why I am not surprised?
But Pierluigi Bersani, who will he do?
The Story:
Once upon a time there was a swimming pool.
The pool was public and all bathed free.
The head of the lifeguards was Giorgio.
He was ever sitting on one of those towers.
Do you know?
I’m talking about those ones with the chair at the top, from which you can control everything: someone who flounders, someone who dangerously dives, someone that equally recklessly runs along the edge of the pool.
Things like that, as usual.
Giorgio was quite old and no longer came down from the turret.
He was merely there to consent or not the initiatives of the younger lifeguards.
The most popular on swimmers, at least according to him, was Silvio.
He was not so young and nobody saw him saving someone.
Someone insinuated that he had never done and he cannot swim too.
He neither was so loved, if we are honest, and some said that the main reason why he didn’t get in the pool was because he was feared to be drowned.
His rival, at least on paper, was Pierluigi.
He was younger than Silvio, but none saw him in water too, probably for the same reasons as the first.
Some may object making me the following reasonable question: "Why did three lifeguards who never entered water work on a swimming pool?"
Well, you must not ask me, but the swimmers, those who insist to pay their salary.
Over time, as none of the three lifeguards dived, the number of drowned began dramatically to rise.
The victims, who for some reason were to need their help, called and shouted, but the scene on board was always the same.
Giorgio, always on the tower, called the young to intervene.
Silvio, who spent his time flirting with the handsome pool female customers, retorted that there was no one to rescue, that it was the usual scaremongering and those who seemed in need of assistance were the common slackers who didn’t want dirty hands.
It was a hard statement by one who was always out of the water and ever dry.
What about Pierluigi?
He criticized the other one, argued contrary view, replied with a polemical tone, but he didn’t dive too.
One day the really last straw happened.
While the pool was full of bathers in difficulty, among those who drowned and was no more able to leave the water, Silvio, contemptuous of their claims, approached the pool, took down the suit and pissed on them.
He liked it and decided that whenever he desired, he could urinate in the pool.
By the way, he never went in.
George said he must agree, that not him had to decide the best to the pool. 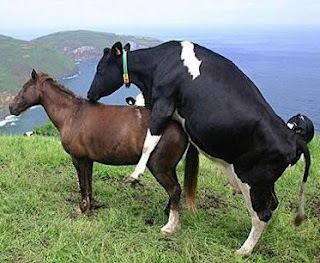 The News: Berlusconi: "Now I am ready to see Bersani.
Stories and news: “invented” Stories, fruit of my imagination, inspired by “true” media News.
Share the post: