April 07, 2010
Stories and News No. 145
The Norwegian Catholic Church has revealed that former bishop of Trondheim confessed of abusing an altar server and choir member.
It happened about twenty years ago and the latter, now 30 years old, had received a considerable sum as compensation from the church.
Compensation…
Perhaps no sum in the world can compensate for such violence.
However, a letter of apology, with sincere words of contrition, into a true public confession would be appreciated by many…
The Story:
My name is Georg Muller and I am a pedophile.
I am regardless of my actions, as a man is alcoholic even if he doesn’t drink.
I was taught that sin starts with the desire to do it.
This awareness is the main tool to be able to guarantee that mine will remain just an unexpected aspiration.
This awareness, if shared in the right time, can save many children, among other things.
If I followed this proposition, now I would be a pedophile, but innocent.
I was taught that sin starts with the desire to perform it, but life has helped me to understand that the sinner is one who satisfies it.
And I'm a sinner, guilty of unspeakable disgrace.
I was born in 1951, the 7th of June, in Volkesfeld, Germany.
When I took the simple vows I was twenty-one years old.
Try to understand me, I was just a boy…
I'd give everything to go back to that July 28th 1972 and say no, I can’t… I don’t have to do this…
I have got a degree in theology in 1977 and the following year I was ordained priest.
It was March 18.
Bishop Gerhard Schwenzer looked into my eyes and made me priest.
I didn’t know what I would have done after, what blame would have stained me.
I believe it, it must be so.
Exactly twenty-five years later my first vows, the 28th July of 1997, I received the honor of becoming bishop.
Bishop…
The pastor of the diocese, the successor of the apostles, a man with firm faith, good morals, piety, zeal for souls, wisdom, prudence and human virtues.
Especially with a good reputation…
How did I do?
How did a man that about ten years ago had abused the body of an innocent soul who trusted him accept such a prestigious gift?
What face every morning of the following my inauguration days, I had the courage to show to the faithful people bringing them the word of god?
I ask forgiveness.
I know that it will not change the horrible story that I wrote with my life, but anyway I have to do it.
Hoping that others like me will find faith in the truth before it will be too late… 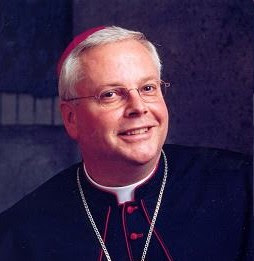