Emergency: I want to free everyone, including Afghans

April 19, 2010
Stories and News No. 153
Liberi subito (Immediately Free): this was one of the slogans that have accompanied the movement of protest to the Afghan authorities for the release of the Emergency volunteers, which - I repeat once again - have been for several days unjustly seized by the secret services.
The three Italian doctors have been released, officially with no charges against them.
They are innocent.
Until otherwise proven, even the six Afghan operators arrested are not guilty.
According to some newspapers one of them is still a prisoner.
For this reason, for me the story is not yet closed, because the presumption of innocence applies to all of us.
So, my slogan now is all immediately free…
The Story:
All immediately free.
Because if I believe kidnapping a person infringing his human rights is a crime, my outrage is here whatever their nationality is.
I want to free all jailed workers.
Because I support Emergency means I support those who work with Emergency, even when the square is empty and no one asks me to sign a petition.
I demand free also Afghan operators.
Because without them, Emergency, like any NGO that is committed in the world, would not be able to fully achieve its missions.
I claim for them the same attention we gave to our countrymen.
Because it would be the demonstration it has never been just a personal matter, but also ideal.
I want to see all the local collaborators of Emergency returned to their families.
Because the suffering of the latter deserves too my involvement, my sympathy and my commitment.
I hope that those who went to the streets, or have just declared their commitment to the call by Emergency leader Gino Strada, don’t think that the war is over.
It will be over only when there will be peace for all… 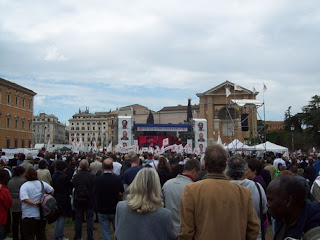 The News: The three operators of Emergency are free.
Stories and news: “invented” Stories, fruit of my imagination, inspired by “true” media News.
Share the post: