Mediatrade Berlusconi, nobody cares about it

April 09, 2010
Stories and News No. 147
Usual Friday.
The average Italian is already thinking about the weekend.
He doesn’t want problems.
He doesn’t want them on Monday, let alone today.
There are a lot of things to organize: a spring walk, the match at the stadium, even a visit to the Holy Shroud, for those passing through Turin.
So, what's new?
What's new in the newspapers and TV news?
The timely threat by Al Qaeda, the usual train accident, the ordinary dead at work and especially the nth trial on our Prime Minister…
The Story:
We are the Rossi’s, a family like many.
My dad Mario works at the Region Office.
He won the job competition is the official version.
The aunt in Milan helped him, some interceptions say, but you cannot spread because the parents have a right to see their privacy respected…
My mom Stefania is a traffic policeman.
Sometimes she forgets to take off her uniform when she comes home and tells her sons that running between the bedrooms to the bathroom is a law infringement.
We have to understand her.
The principals have so inculcated her that the common penalties are important – let’s say fundamental, so she cannot take them off the head.
Grandma Carolina has become one with the chair.
The chair is one with Rete quattro channel.
And Rete quattro channel is one with He-Who-Must-Not-Be-Named-but-a-kick-in-the-ass.
Little David is thirteen months old, has finally started to walk and has focused on this marvellous achievement.
Sometimes I envy him.
It’s nice to think only one thing, when this is so beautiful.
My name is Laura and I'm seventeen years old.
I like reading, I always did.
I also like to understand things, but I didn’t always like.
Sometimes to understand is too badly, often, being honest.
The fact is that once I started I could never stop, because among the things I realized there is one that compels me to continue: to not understand doesn’t hurt, but may destroy without you noticing, as to be killed in the sleep.
I'm young and have much to learn.
My father often says it when I try to express my thoughts aloud.
I do not frequently say what I really have in my mind, as I wanted to do this morning, before going to school.
We were in the kitchen for breakfast.
Dad drank his coffee standing up and explaining to my mother that a larger television was certainly a priority to the new car, Mom was deaf ear - like a traffic cop who is writing a fine - and in the meantime she was preparing my brother for the asylum, grandma was already in tune with his daily dose of TV dope and I tried to finish my milk.
I say tried, because I could not avoid paying attention to press releases that radio gave at that time.
When the voice of the speaker spoke of another trial for Silvio Berlusconi, I did a roundup of my family, now immune to such news, just as our Prime Minister.
I even raised the volume to see if something would change.
Only grandma noticed it and asked me to turn the volume down because she didn’t hear the advertisings...
At that moment I felt two conflicting emotions: a profound sense of sadness and a violent fit of anger.
I embraced the latter and I left for school.
I don’t accept this.
I don’t give up.
There is no choice between death and life… 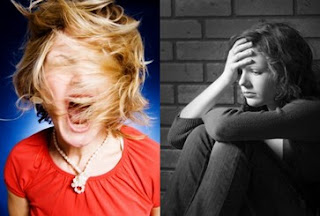