April 06, 2010
Stories and News No. 144
Yesterday Wikileaks.org site posted a video.
It is the recording of one of the many murders committed by mistake in Iraq.
These are the consequences of the engagement rules, the unfortunate drawbacks of extreme remedies to extreme evils of this world.
That’s our world, of course.
Telephotos exchanged for rocket launchers.
It happens.
It happens too that Namir Noor Eldeen, Reuters reporter in Baghdad, his driver, Said Chmagh, and another 10 people die.
This post is for those unnamed ten...
The Story:
Ten.
Ten as the sign on the champions’ shirt back.
Ten like the best rating.
Like ten of us, chosen at random, by mistake or unfortunately.
That’s irony of fate or calculated idiocy.
Like anything else, all always depends on the point of view from which we look.
The world is very different from the cockpit of a military helicopter, the living room, the ultra accessorized mobile, buried in an angry memory on the sky.
Ten.
Ten times one.
Ten because of one.
Like ten pins wiped out in one hit.
Everybody have to rejoice in the face of a strike.
They are the engagement rules.
Or the game rules.
This also depends on your point of view.
If you are the one who throws the ball on the track, if you are the ball or the pins, and especially if you're the aware of being powerless public.
Ten.
Ten fingers for all.
Ten numbers to count them all.
Like at school before going on a trip, when each exit from every day life was a miracle.
How many nameless faces have been left behind in that class?
Even Facebook cannot help you with it, because nobody in the world is able to find time to really carefully watch those thumbnails of faces that change overnight.
However they exist, they existed and they could still exist.
Ten heads of state.
Ten Popes.
Ten defenders of democracy.
Seriously, this time.
Not video game heroes, but ordinary people with their feet on the sand running toward the truth.
It only takes one to the goal and engagement rules go to hell.
It’s enough that at least one tells the story for what it is and all tips.
The rocket launchers are stupid toys in the hands of fools.
The telephotos lenses are the real weapons… 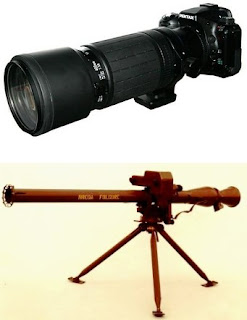