May 13, 2010
Stories and News No. 171
Today we may read on some newspapers the names of VIPs appeared on the famous list Anemone.
VIP, aka Very Important Person.
Perhaps we should replace important with illegal.
However, I don’t want to seem a justicialist man.
The law must do its job, we'll see.
Who failed must pay; there is no doubt about this.
The question is whether someone will pay.
Otherwise, more appropriate than illegal - if you let me pass this English neologism – I propose impunit...
The Story:
P. L. Peter (Peg-Leg Pete, known thief) rebuilding manhole for sudden leaks.
Geertruida Margaretha Zelle (Mata Hari, a dancer and spy): design shutters with louvers for special hardened spies.
Count Vlad III the Impaler (aka Dracula, noble Romanian): crypt floor.
Ernst Stavro B. (Blofeld, James Bond's rival) restructuring headquarters of SPECTRE
Jack T. R. (aka The Ripper): development barber shop.
K. K. (King Kong, the famous gorilla obsessed with blondes) climbing skyscraper design.
B. Wolf (B. stands for Bad): cottages built with poor material to sell to the three little pigs.
Freddy Krueger (serial killer): realization fireproof boiler.
Quasimodo (The Hunchback, not the poet): exact reproduction of Notre Dame in the center of Rome with the funds remaining of Maddalena G8.
Xabaras (father of Dylan Dog): bribes to get him to the common management of Verano, an important cemetery of Rome.
Fu Manchu (Oriental criminal reported by La Padania) easier license for Chinese restaurant on Via Veneto.
Max Eisenhardt (aka Magneto, scientist): flat made entirely of metal.
Senator P. (Palpatine): shed spaceship construction.
Mr. H. (Hyde): Implementation of villa next to his friend Jekyll.
Hannibal Lecter (psychiatrist and criminologist): Enlargement of kitchen and dining room.
Scar (Simba's uncle and brother of Mufasa): Building the third hole in the center of the forest.
Kraken (Sea Monster): Implementation chalet in the mountains due to his rheumatism.
Cruella De Vil (Entrepreneur): Aiding in obtaining the kennel of Rome.
Captain Hook (Pirate): Implementation crocodiles- proof hold.
Chick Hicks (Racing Car): Building garage strictly better looking than that of Lightning McQueen.
Do you know which is the most ridiculous? The characters listed here are more likely to be prosecuted than those appearing in the newspapers... 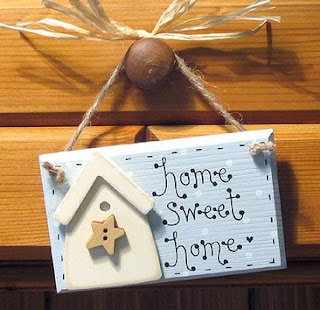 The News: More than 400 names on Anemone’s celebrities list.
Stories and news: “invented” Stories, fruit of my imagination, inspired by “true” media News.
Share the post: