Italy Party of the Nation, the hymn

May 11, 2010
Stories and News No. 169
I still think that my country is truly a world apart from Europe.
Chronologically and geographically we are now here in May 2010, in the middle of the Mediterranean.
However, watching TV and reading newspapers, it seems that here time and space are doing just their business.
That their is always related to them, never us.
So it happens that you wake up one morning of the second decade of the third millennium after Christ and discover that in Italian school Religion subject will count at the final vote, the bishops of the CEI want to contribute to reform the Italian State and Casini, the leader of Union of Christian Democrats and Centre Democrats, announced the creation of another son of the Christian Democratic Party: the Party of the Nation.
Be afraid, because They live...
The Story:
Here is the official hymn of the Party of the Nation:
We are the Party of the Nation
We are the political reconciliation
We are the people of the meeting
We are promoters of peace
We are the ones for honesty and transparency
We are the ones without hidden motives
We are the ones without prejudice and mistrust
We accept everybody, if they stay calm
We are the party of Christians
We are devout as Muslims
We also have our mange
But we don’t put people in the pillory
We are a new party such as past ones were
We are the ones that have never gone
We are the party of the big centre
That centre that no one has measured
We are the Party against the bipolarity
We are those who come between two litigants with great timing
We are the technical government for the good of the country
We are the ones that will not pay if it doesn’t work
We are the Party of mediation
We are the Party of morality
Come into our great melting pot
Everything will change and everything will remain the same 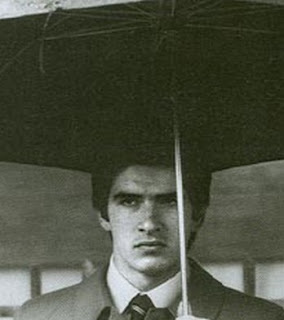 The News: Here’s the Party of the Nation.
Stories and news: “invented” Stories, fruit of my imagination, inspired by “true” media News.
Share the post: