The oil spill arrives in Italy

May 03, 2010
Stories and News No. 163
Perhaps Minzolini is right.
Perhaps those who believe as gospel TG1 news are right too.
And if what Italy government told us is true?
Maybe we are really better than other EU countries.
Maybe we truly have a healthier economic situation than the European average, as Minister Tremonti reassures.
If I could convince myself of that, who knows, I might even feel better learning about the misfortunes that happen abroad, since they don’t touch me and because I live in the country with the best prime minister since 150 years.
It would be cynical, but human.
I could say I'm happy because I don’t live in Greece, otherwise…
If only I were capable.
The fact is that when I read about other people's problems it’s impossible to me not to see something of ourselves.
And so I imagine what would happen to us in that trouble…
The Story:
The oil sea arrives in Italy.
Alas, we could not stop it.
Now it is useless to complain about whose fault it.
Not now, but after yes, okay?
To forget would be a more serious fault.
The oil sea is now in Italy and goes everywhere.
It has the same color of those who, whatever he does, will always have the solidarity of his peers.
Innocent him, all innocent.
As the opposite.
The oil sea has invaded my country.
That water has the same color as the conscience of those who have not yet figured out what to ask forgiveness of the abuse of a minor means.
What they don’t understand is that an apology didn’t erase the past of those who suffered.
Especially when they still say words that hurt almost as much as the gestures.
The oil sea has reached Italian parliament too.
Its waves are identical color as the shirts tattooed on the skin of so-called honorable men.
People that now no longer seem to have the need to hide it with modern and above moderate clothes.
It’s one of the privileges of the people of absolute freedom: it is called impunity.
The oil sea is here with us and like every adversity strikes for the first the last ones.
That's why the color of those waves is equal to that of the only job they can find.
Like the color of the eye socket of those who raise their eyes with only the power of hope.
Like the skin color of those who repent every day of believing the TV mirages.
Like the color of the box that one day will tell the whole truth about how we got here.
Fortunately this is just a story.
The oil sea never came in Italy.
Luckily we are not in Greece or in Louisiana.
That’s because we are better than others… 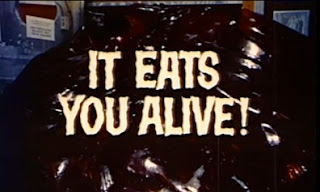 The News: The oil spill is attacking the coasts.
Stories and news: “invented” Stories, fruit of my imagination, inspired by “true” media News.
Share the post: