May 18, 2010
Stories and News No. 174
I have ever been convinced that the real power of Berlusconi's government on the one hand lies in its ability in communicate itself to the people - with the advantage of television monopoly, of course - and on other in never effective critics by opponents.
For example, think about the wiretapping bill devised by the brilliant mind of the Italy Justice minister Angelino Alfano.
Yesterday in Senate the committee has approved a picturesque amendment to the decree is called gag law (legge bavaglio) by its detractors.
In summary, the amendment provides this: to capture a phone call there must be serious evidence of crime; the wiretapping are possible for suspected users that, based on specific acts of investigation, are aware of the facts for being prosecuted. The wiretapping must be absolutely essential to the continuation of the surveys and visual footage must be made in places that belong to suspects, always based on specific acts of investigation, who are aware of the facts for being prosecuted; in addition, there must be concrete evidence that their conduct is directly related to the same facts.
Now, before I give space to the story that this inspires me - especially the bold part... - I invite you to think that this information is just in the bottom of front page in major Italian newspapers.
In my humble opinion the main reason is that the majority of Italians don’t care whether or not the thieves, gangsters and corrupted men get wiretapping.
Football scandal, Calciopoli, this is what they care! Wiretapping of football referees, managers of Inter and Juventus, this is the important ground…
The Story:
M: Hello, who is?
P: Hello, sir, we are the police.
M: What do you want?
P: Excuse me, I call to arrange the wiretapping…
M: Oh, that fucking nuisance…
P: Well, I would submit a plan…
Voiceover: Darling, I'm ready. Are we going?
M: Wait a minute, baby, I’ll finish soon… Police?
P: Yes, I'm here.
M: Tell me what you suggest.
P: Well, if that's okay, we’ll monitor the phone calls the odd days, from 6 p.m. to 9 p.m…
M: You cannot.
P: What about even ones?
M: No, it’s not a matter of even or odd. In that time my daughter talks to her boyfriend and you know, they are young, are always hot…
P: I see. What would you think of the early afternoon, for example from 2 p.m. to...
M: Stop. Every day at that time my mother-in-law is glued to the phone and listening the fortuneteller. If she should know that someone is spying on her, she could get very angry and believe me: you don’t want this…
P: I guess. Mine too has a tremendous character. How about the morning?
M: Hem… - lowering his voice - that is the moment that my father is alone at home and he likes erotic phoning...
P: And to spy on him is not appropriate, right?
M: Yeah.
P: Look, there is the night. From 12 to dawn is okay?
M: Odd days.
P: All right, as you wish. So we agree?
M: Agree.
Double click.
"Sorry, dear..." his wife, who heard the whole conversation, says, "but we have not a daughter, my mother doesn’t live with us and your father died twenty years ago..."
"You’re right. Anyway, the police now will never know the truth..." 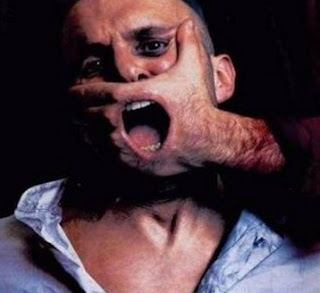 The News: The Senate committee says first yes to the gag law.
Stories and news: “invented” Stories, fruit of my imagination, inspired by “true” media News.
Share the post: