June 04, 2010
Stories and News No. 187
Time is honest could be the English version of Il tempo è galantuomo.
That’s what Giampaolo Giuliani could think now.
Do you know him?
Giuliani... he’s that catastrophic technician of Gran Sasso National Laboratories who the Knight of Grand Cross Order of Merit of the Italian Republic Guido Bertolaso, before the earthquake of L'Aquila - in a phone call, called an idiot and that also was accused for undue procured alarm.
Well, after just over a year, the Great Risks Commission of Italian Civil Protection is accused of failure alarm and investigated for homicide.
If I could, today I would rip that Cross from Bertolaso’s chest, to put it on Giuliani’s one, naming him head of Civil Protection.
Meanwhile, here's how the guilty meeting could have been…
The Story:
It’s March 31, 2009.
The room is ready for the meeting, as the table too.
The bottles of mineral water are all intact and so will remain after the meeting.
It will be a formality.
There is no danger.
Seven men are present.
That’s a particularly evocative number for a group.
Like the magnificent seven, the Seven Samurai, the seven dwarfs, and so on.
Seven can do many things.
Seven can change many things.
Seven can make a difference for many more than seven.
Franco Barberi, the vice president, is on the phone, while the others are hanging from his lips and attending to complete the task and move to the next.
Here we are: he finished.
Finally all begins.
The men’s eyes are serene and peaceful.
Everything is okay.
That’s no reason to worry about anything.
"Hello everyone..." Barberi says opening a folder.
Inside he sees a mimeographed document.
It’s just a paper, with a few words on.
"On the agenda," the vice president says, "we have the issue of the National Institute of Geophysics and Volcanology about the severity of the seismic swarm, several scientific studies, including one of the CNR, where it’s estimated a very high risk of a devastating earthquake in L'Aquila. In addition there are many geological surveys. What is your opinion, Dr. Boschi?"
Enzo Boschi, director of Ingv, stands up and says, "It’s improbable that there will be a short jolt like that of 1703. If I correctly remember, it got an estimated magnitude of 6.7. However, we cannot absolutely exclude… "
The latter ellipses try to open, if you let me pass the word, a fault in the safety of the men who will shortly take a decision of enormous importance.
However, there is nothing to do.
The discussion goes on for not more than an hour.
Moreover, there is no reason to give unnecessary alarms.
Barberi, before returning to the phone, puts an end to the scene with the following sentence: "There is no reason in order that we can say that a sequence of shocks of low magnitude can be considered a precursor of a strong event."
"The scientific community confirms that there is no danger, because there is a continuous discharge of energy. The situation is favorable."
Then this is what he says in the official press release issued by the Committee.
He is probably right.
Whatever happens, for some people the situation is ever favorable.
Maybe that’s not forever… 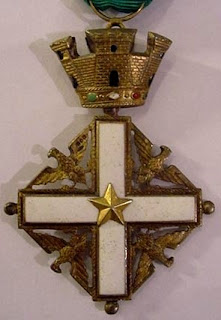 The News: Failure to alarm in L'Aquila.
Stories and news: “invented” Stories, fruit of my imagination, inspired by “true” media News.
Our son was born, Saturday June 5 2010, Storytelling in Rome.
Share the post: