June 03, 2010
Stories and News No. 186
"Minzolini’s Tg1 is not bad, that's what I watch if I want to be sure of being informed in a reasonably correct way."
This striking observation was made by the Vice Minister for Economic Development with responsibility for Communications, Paolo Romani.
The latter, not satisfied, among other things would have briefly added: "Serena Dandini is worse than Michele Santoro; Tg3 makes damages for thirty minutes and RAI News 24 for twenty-four hours a day."
However, while these may be stored as foreseeable reviews by a detractor of those programs and TV journalists, the first statement interests me.
How does a vice minister with responsibility for communications, facing the most factious TV News in the history of Italian television, may say such a thing?
Well, I have discovered what arcane process can make someone have the face to express this incredible point of view...
The Story:
Take a man as many, for example named Paul.
I’m talking about an average man, maybe from Milan.
I’m referring to a citizen with a medium-low culture, preferably not graduate.
That’s necessary, but not sufficient, just to be clear.
Let’s suppose he’s a resourceful person and has possibly started his career in 1974, founding a private network.
You know, like TeleLivorno, being not specific.
Imagine that, two years later, he could become general manager of another TV channel.
A channel as many others, like Rete A, or MilanoTv and Canale51.
But this is just an example, okay?
I said, as Rete A, a prestigious channel that boasts of having launched a lot of essential telenovelas and brought fame to celebrated people like Guido Angeli and Wanna Marchi, as well as valuable partnerships with leading journalists as Emilio Fede, a great reporter known in Italy for his undoubted intellectual honesty.
Let’s assume that in 1986, after such brilliant past Paolo received the proposal to become CEO of another emerging channel, one as Telelombardia could be.
Let’s suppose that the call is made by a gentleman with a spotless criminal record, a man like Salvatore Ligresti, arrested and convicted for bribery, but he’s now on the Board of Directors of RCS and Unicredit, just pour parler.
Now imagine that our hero decided to go alone, to direct a channel all his own.
I’m speaking about a network like Lombardia 7, only making a hypothesis.
Let’s think that the channel become popular thanks to a talk show for adults conducted by a noted porn star, linked to numbers 144 and 166, or so-called erotic phones.
Do you know what kind of TV shows? Those ones like "Private vices and public virtues," that brilliant talk show hosted by Maurizia Paradiso.
That’s the jewel in any curriculum of someone who wants to build a successful career in communications.
In fact, let’s suppose that in 1994 Paolo was elected deputy just after this important demonstration of competence and skill.
Imagine that the party that he entered was a movement created by a controversial businessman, a man of TV too, since then accused to start political road only to save from trials.
There, now think that, in recent years, the protagonist of this story made a great career in the party and became vice in an important ministry with an authoritative delegation.
For example as the Ministry of Economic Development and the delegation to the Communications are.
Do you see the whole picture, now?
Remember where this man started from and reflect on what he has become and thanks to whom.
Don’t you think he would say anything to continue the path taken so far? 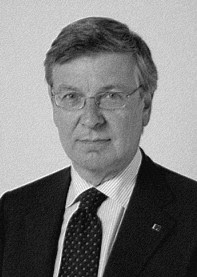 The News: "The TG1 is the best and TG3 is the best is half hour of damages."
Stories and news: “invented” Stories, fruit of my imagination, inspired by “true” media News.
Our son was born, Saturday June 5 2010, Storytelling in Rome.
Share the post: