Berlusconi, the old pig and the lap dancer

July 05, 2010
Stories and News No. 208
In these days we may read that, during his visit to Brazil, Silvio Berlusconi has found time to spend with six lap dancers.
According to the Daily Mail, Alexandra Valença has reported of having received £900 – about 1000 euros - to dance for our premier.
Here is the interview with dancer.
At the same time, recent ISTAT reports on employment are alarming: almost a young person in three is without a job, layoffs increased by 71% in the last six months and employments reduced by almost one percentage point over the same period of last year.
Berlusconi fans, I’m talking to you.
It can’t be true, right?
Certainly this Alexandra and the other girls invented all to get some fame, isn’t it?
Those are the usual aspersions on your beloved Prime Minister, yes?
Moreover, even if true, most of you will say: What's wrong? He likes women, so what? Better than gay! (this last one I really heard...).
Yeah, what's wrong?
The Story:
Once upon a time there was a seasoned 74 years old man.
Yes, because a 74 years old man is old, there's not much to say.
The old man put together about thousand euros from his and his sick wife’s pension to go and see a lap dancer, leaving the woman without medication.
So they called him the old pig.
No… Someone could feel compassion.
He’s an old man… okay, his wife is ill, but he has now arrived too.
What do you to pretend by an old man?
No, the message doesn’t come clear.
The message is important in this story.
Once upon a time there was a face lifted seasoned 74 years old man.
I said that being 74 years old, even if you lift your face lift you will always be an old man?
I think so, maybe I’ll cut this on editing.
I said the 74 years old man had his wife and their child sick.
Nevertheless, he sold the house for a thousand euros to a businessman named Anemone to pay for a night with two lap dancers.
Hence the nickname old pig.
No, even this cannot go.
The Italian males would fail to be completely angry with him: he is a reckless irresponsible guy who gave up behind a beautiful body. He should be understood.
He wouldn’t accept the old pig definition.
Let’s try this:
Once upon a time there was a face lifted seasoned and always smiling 74 years old man.
Why the fuck are you laughing? Life is over anyway!
No, I’ll cut this too, it's too bad.
Or maybe not, then I see.
The 74 years old man had a grandmother, a wife and four children, all six ill.
However, he sold them to the slaves market for an evening with six lap dancers.
So the story becomes murky. I’m imaging a movie too.
Returning home, he became known as the old pig.
No…
Rereading the whole, it seems just an excuse to call the protagonist old pig.
The fact is that I'd have a better story:
Once upon a time there was a seasoned 74 years old Prime Minister.
It’s now useless to explain why a 74 years old man is old, isn’t it?
The seasoned 74 years old Prime Minister was head of a country where at least one young person in three was unemployed.
A day happened day that a lap dancer said had received about 1000 euros from the old man to perform in front of him while he was travelling in Brazil.
If that were true, given the situation of the country, calling the prime minister old pig would be the least thing.
Yet, in the country there were people who preferred to have an old pig premier, everything but not gay.
He could be even mafia, corrupt, dishonest and liar, but never homosexual.
So the opposition finally found the scoop to bring down the government: the Prime Minister is gay! 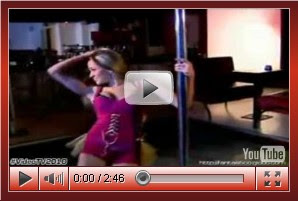