In Finland broadband is legal right. That’s why not in Italy

July 02, 2010
Stories and News No. 207
Since yesterday, July 1, Finland is the first country in the world to make the broadband internet connection a legal right for all people.
"We considered the role of the internet in Finns everyday life," Communications Minister Suvi Linden said. "Internet services are no longer just for entertainment."
Yeah, it’s not just for entertainment.
In my humble opinion, it never did.
If you think that ARPANET, the precursor of internet, was born as defense project and counterintelligence service of the U.S. government, you may see how much it’s not just for fun.
Anyway high-speed Internet for all is a very important decision for a nation.
It means guaranteeing all citizens a fundamental tool of free information and especially sharing of the latter.
That’s the sign of a healthy democracy.
Why in Italy is it not possible?
The Story:
Once upon a time there was a country that we can call Italy.
Indeed, it is Italy.
This time I don’t want to play, because I perfectly know that Internet is not just entertainment.
And because press freedom is not only to allow newspapers to receive funding from the government, parties and banks, and then take to the streets to demonstrate against the gag law (legge bavaglio).
Press freedom is above all that every citizen of that country called Italy, that is, all Italians, have the right to found a newspaper and share information even without the help of the government, parties and banks.
The truth is that the country called Italy, that is Italy, is not a real country.
It is not a true nation.
It once was the national soccer team’s nation, but after Lippi, it’s not even that.
Italy is a theatre show.
It’s a film.
Or it’s a soap opera.
No, it’s a reality show.
What matters is being there.
What matters is having a part, a recognized by viewers role.
The story, is always the same, at least since forty years, more or less the age of this blog’s writer.
The story of the clichés that everybody knows and everybody slams: the government is all a magna magna (‘eat eat’ in roman dialect), the politicians are corrupt and go with whores, priests in Rome have both villas and palaces, merchants don’t pay taxes, USA command in Italy, and so on.
That’s the story of philistine platitudes worthy of the useless citizen.
However, to be part of the theatre show, film, soap opera, reality show, you need a character that follows the script.
Do the bad ones make no liberty and ad personam laws, take bribes, receive gift villas from very generous priests, do business with banks and shady characters?
Well, the good ones are those that live show their outrage, protest tore their clothes in front of the TV cameras, offering their brave face to the national channels or newspapers.
Unless they are also caught promoting no liberty and ad personam laws, taking bribes, receiving gift villas from very generous priests and doing business with banks and shady characters.
If not between them there are heroes, myths of civil society, without blemish and fear champions.
Courageous writers, actors, journalists, all engaged in fighting evil.
And where do they fight evil?
They do on national networks, books by national publishers and newspapers with minimum national visibility.
No matter who and how give the money.
What matters is being there.
Otherwise, how do the fuck all, without exception, may buy villa with garden, beach house, plasma TV and super car?!
That's why in Italy there is no legal right to broadband for all.
Because otherwise, so many characters, heroes and stars, good or bad, should look for a real job... 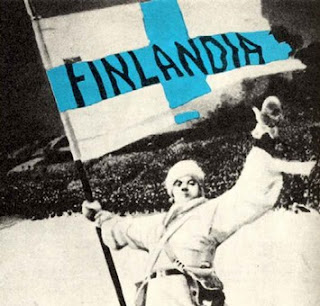 The News: In Finland, broadband is a legal right.
Stories and news: “invented” Stories, fruit of my imagination, inspired by “true” media News.
Share the post: