July 09, 2010
Stories and News No. 212
Today is a special day for Italian journalists.
The National Italian Press Federation announced for July 9 2010 a silent strike to protest against Berlusconi Government wiretapping bill.
Here's how the federation press release starts: “The Italian journalists are called to a unique form of protest that is expressed in a "noisy" silence information on Friday 9 July, against the rules of wiretapping bill that severely limited the right of citizens to learn how the judicial investigations proceed, inflicting major disruption on the free circuit of the news.”
The initiative has received massive adhesion, almost complete.
I will not enter the diatribe on strike and no strike.
Besides, if I say no, even if also with Marco Travaglio, I risk of being in agreement with Berlusconi Newspaper’s director Feltri, and I get hives just to think about it.
Anyway, I'm not a journalist.
I write and tell stories.
Yet, there was a time when I had the desire to be a reporter…
The Story:
Today I offer you a true story.
I’m talking about a completely true story.
Many years ago, when my hair was black, I wrote for a little local newspaper.
Well, our director was able to get a small sponsorship from La Repubblica.
For them it was a trifle, but for a self mad magazine meant a lot, as well as to boast of so great support.
Our publication worked thanks to contributions from pizza and bar, try to understand me.
Watching next to the names of a butcher and a grocer that one of a national newspaper warmed our hearts.
The first issue with the prestigious banner arrived in the important redaction and the journalist in contact with our director came to see us.
We were all excited to deal with a professional of A series.
The man was nice and offered many compliments on some articles, including mine.
For this reason, flushed from the recognition, I hopefully asked: "How can I write for La Repubblica?"
He hesitated for a moment and then replied: "Do you know anyone important?"
More or less spontaneous laughs followed.
I did not laugh.
Even today, I think there is nothing to laugh at.
Now I want to speak to that journalist, who obviously will never read this article.
Do you remember me?
I wonder if you still work for La Repubblica, the same newspaper that is a promoter of the strike.
Strikes are important for a myriad of reasons.
One of these is that, extraordinarily coming out from the routine of daily work, you have the valuable opportunity to reflect on your work.
Even and especially what goes beyond the reasons of the strike itself.
For example, the meaning of what you do.
As mentioned in the preface, I did not become a journalist.
It happened for many reasons, but certainly one of them is that I never tried to find recommendation of someone to get something.
What about you?
You know, this is what I thought then and I have not asked.
For this reason I didn’t laugh at your response.
So I ask you now: what about you?
I assume yes, otherwise why did you say that joke?
You already know what I’m speaking about, right?
Press freedom must be defended every day, my friend.
Otherwise it is in danger every day. 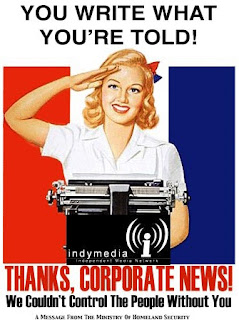