September 20, 2010
Stories and News No. 230
I read this morning that in his frantic search of the minimum numbers to govern, Berlusconi has found encouraging responses from Totò Cuffaro and other close to the latter Sicilian members of UDC Party, obviously proposing them something they could not refuse.
Union of Christian and Centre Democrats leader Casini with apparent indifference commented: "They can go wherever they want, our surveys are growing."
Have you noticed? They are all growing.
Whatever happens, whether they win or lose elections, there is always a good thing to point out.
That’s a fundamental aspect.
Do you want to know what it is? They still have the chair under their ass.
Of course, some of you, hearing of Sicily and Cuffaro associated with Berlusconi, could do a superficial association of ideas: Mafia friends help Boss Berlusconi.
The Mafia is there in time of need or when the godfather calls the mafia answers.
You - and me with you – are only terminally naive.
The following story proves that:
The Story:
I won’t tell you my name.
I know how these things end up, people talk, talk too much and always inappropriately.
I just say I sit in parliament.
I am an honorable person.
I’m a center man.
I’m ever there in the middle.
In medio stat virtus, the virtue is in the middle, so the Latins said.
And they said fine.
Because only standing in that middle, wherever it is, you can keep and protect your virtue.
What virtue? What questions…
Catholic ones: prudence, justice, fortitude and temperance.
Prudence in choosing friends and especially your enemies.
Justice, impartial and implacable with friends and enemies too, if they had to miss their word.
Fortitude in the face of all enemies and in any way they seek to undermine what binds you to your friends.
And finally temperance, a so necessary dress if you can’t distinguish between friends and enemies.
During my long political career I have been accused of everything, but what more makes me laugh, even today, is that I am a mobster.
A mobster…
Maybe is that just because I was accused for the crime of competition with the Mafia in the investigation on the relationship between clan and local politics?
Only because prosecutors believe I informed a Mafia boss on investigations concerning him?
Perhaps is that because I was sentenced to seven years for that?
Or simply because almost everyone who’s next me had similar accusations?
This is ridiculous and you know better than me.
The Mafia is a literary and cinematographic invention.
Writers and directors need it to sell books and films.
The reality, the real life, the facts are different.
How long do you listen about mafia in this country?
How many years have you heard the newspapers and intellectuals minds bring up the Mafia to give a name to what they believe wrong?
And how many governments have passed and nothing has changed?
It's time to grow, to open your eyes and grow.
If there was this Mafia, it would be everywhere.
Not just in Sicily, not just with scoppola and lupara and not only in the parliament center.
It would be all over the country, even at your home.
Look around.
Look at your family photos.
If there is a mafia, you belong to it.
Or you died. 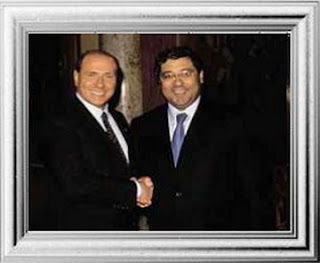