September 02, 2010
Stories and News No. 218
I read today a fact and I still cannot stop laughing.
Apparently there is an investigation about an unconventional use of service cars - including holyday, restaurant and soccer match - by a member of the Lega Nord Party (Northern League).
I’m talking about the President of the Regional Council of Friuli Edouard Ballaman.
(In Italian balla means lie…)
No…
Is it a joke?
But is he really called Ballaman?!
But where do they find those guys?
Do they just choose them for the name?
The Story:
My name is Ballaman, Edouard Ballaman.
I am in the Lega Nord and my word has weight.
In December 2009 I was the bearer of the costs cuts: "At a time like this where it is assumed the reduction of parliamentarians, it is desirable that there is a similar argument in the Regional Council. We can go from the current 59 to 40... "
And the Camicie Verdi were proud.
In April 2010 I renounce to the service car: "Since the 1st of April I use my private car. I do not want to be the first class student. I just made a personal choice in line with my will and my party's policy to contain costs. "
And the Camicie Verdi approved.
In May 2010, regarding costs for the 150 years of Italian Unification I said: "We must stop wasting money for celebrations like this."
And the Camicie Verdi applauded.
In September 2010 here comes the investigation on abuse of service car: "I am calm and peaceful."
What about the Camicie Verdi?
If they still have an ounce of brain in their head they are a bit less calm and peaceful... 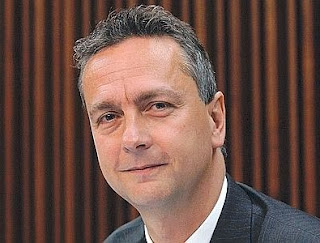 The News: Investigation on President Ballaman.
Stories and news: “invented” Stories, fruit of my imagination, inspired by “true” media News.
Share the post: