Rai vs Santoro and Dandini: usual farce and Berlusconi enjoys

September 24, 2010
Stories and News No. 234
First, a premise, jut to be clear: I like Anno Zero (Year Zero) and appreciate Michele Santoro, although this is obvious, if we compare his talk show with the rubbish that the Rai offers in these days.
I also like Serena Dandini.
I've always considered her a very intelligent and ironic woman, a combination that particularly attracts me.
However, Parla con me (Talk to me), her last product, does not make me a fun and I have no problem to say that I liked very much what she did before;
What she now doesn’t or perhaps can no longer do.
In my humble opinion, this is the real problem.
It would be too easy and, for this reason, incredibly naive to be here writing a post to defend the virtual heroes, victims of TV mobbing, under the aegis of freedom of expression.
An avalanche of requests to sign on Facebook pages defending Anno Zero and Santoro, Parla con me and Serena Dandini reached me.
That is a classic.
There are people that still invite me to stay with Roberto Saviano, Marco Travaglio and even Gianfranco Fini.
Me? With Gianfranco Fini?!
I do not turn on the PC to connect to the web and feel part of a bad copy of the world viewers.
The network is wonderful only when it manages to be alternative to the controlled common thought.
Let’s go to the point: since how many years do we watch Santoro and Dandini on Italian TV? Since how many years do we hear of harassment, attacks and barriers against their talk shows?
And since how many years do we see them back on video?
This aspect is essential: throughout this time, their declared enemy, the dictator Berlusconi has almost always won the election?!
So, what are we talking about?!
This is just a sham, a spectacle, indeed: it is a soap opera.
Always the same episode: the bad villain vs the heroes.
That is not real.
Nor is it in 3D…
In the real world a sea of our citizens is becoming increasingly poor.
In the real world a sea of our fellow citizens lose the job.
In the real world a sea of our fellow citizens is invisible.
I want to watch these people on Italian TV, every day!
And with them, all those who cannot do anymore…
The Story:
As one who is accused of stealing votes to everybody even if he is not candidate at all… 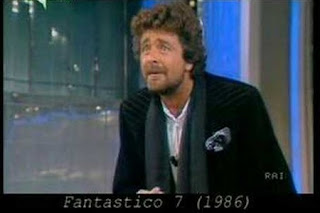 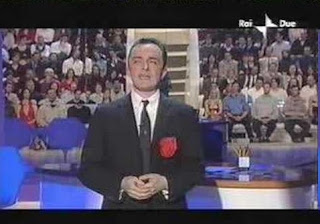 And especially as one who, even if it was possible, it is too late ... 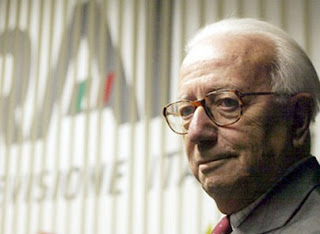 PS: That is like playing at the three-card game in a square: you try to beat the smart wizard and in the meantime someone else pulls you wallet…
The News: Rai blocks Parla con me Spot about Minzolini.
Stories and news: “invented” Stories, fruit of my imagination, inspired by “true” media News.