October 20, 2010
Mafia, corrupters, cheats: stand for election!
Stories and News No. 252
It is today news that the Italian Constitutional Affairs Committee in the Senate has voted yes to the retroactivity of the (Berlusconi) immunity law called Lodo Alfano.
The possibilities of this yet another attempt to save Silvio by his trials had already been presented by Italy media time ago, I just wrote something about it.
In detail, the general sense of the law is this: The trials of the President of the Republic or the Prime Minister, also related to events prior to the taking of their office, may be suspended by resolution of Parliament.
The author of this royal favor is Carlo Vizzini, among other things accused by Massimo Ciancimino - Vito Ciancimino gangster's son - of having paid him € 900,000 in bribes.
The object of scandal for many opposition politicians is the fact that this unfair measure was also voted by Gianfranco Fini’s new coalition members, recently critic ally of Berlusconi.
That was not for myself.
I had declared several times my total lack of confidence in the last hour pure saints.
It would also be redundant to dedicate for the umpteenth time a post to Silvio.
What interests me most is what these legalized crimes mean for our battered democracy…
The Story:
Mafia, corrupters, cheats, thieves and all those of you who have violated any law, today is a great day.
A great day to die?
No, that’s the contrary!
Forget hiding secrets, changes of identity, foreign without extradition lands and especially unscrupulous lawyers who do anything more than get your money: this is the past.
The present is the extraordinary Retroactive Alfano Law.
Stand for election as Prime Minister and get ready to do and say anything.
Do not hesitate to anything.
What nonsense, mine, isn’t it? You're mafia, corrupters, cheating, etc..
Thanks to this Law, once in the office you have ahead a golden Future and absolute Freedom of all precedent charges.
Does it not worth it?
What? Why not President of Republic?
Indeed you are right, the Retroactive Alfano Law regards him too, but you also have heard the comment by actual President Napolitano: "The Presidency of the Republic remains strictly extraneous to the debate…"
I guess none of you will want to remain extraneous to anything, right?
I know, if someone like you reach a so high place, how may you stand on the sidelines?
What? Don’t you trust me? Do you think it’s a joke?
Do you really think that the President of the Judiciary Commission, Giulia Bongiorno, when she says that the purpose of the Retroactive Alfano Law is to safeguard peace in the performance of duties by the high offices of State, is she kidding?
She is serious, she is!
They will do it, believe me.
This Law is an important piece of the justice Reform, the minister Frattini said.
A Minister, if you know what I mean.
What? President of Chamber of Deputies Gianfranco Fini? Do you fear his party?
Well, listen what Italo Bocchino, their leader in the Chamber said: "Whoever accuses us on Alfano Law did not studied it in deep: it is the norm to protect the serenity of the functions, is a false problem. The protection that should be given to high offices…"
Did you get it? Future, freedom and serenity. What more do you want?
PS: With this Law even You know who, once prime minister, will defeat his enemies: 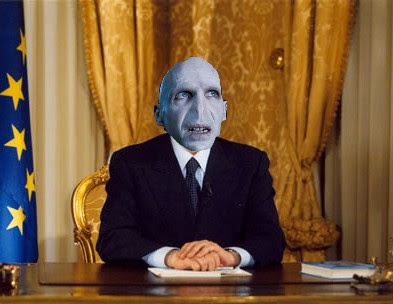 The News: On the Senate here is the retroactive immunity law.
Stories and news: “invented” Stories, fruit of my imagination, inspired by “true” media News.