October 29, 2010
Stories and News No. 259
"I made a phone call to help a person in distress,” Berlusconi said about Ruby and Bunga Bunga fact. “She told a tragic story, I tried to give her to someone in custody".
In addition, our prime minister has rejected the easy sarcasm on his last catchphrase, calling it a serious matter.
Well, if yesterday I was joking, hearing these words, I do not want anymore.
The Bunga Bunga is a serious matter?!
My thoughts are with the people that, at this time in Italy, as well as Ruby, live in distress.
They are many.
I hope for them that they have not ever voted for him or once and for all they will open their eyes…
The Story:
Once upon a time there was a strange land.
The land was strange because the chief was strange too.
Think that he said that Bunga Bunga was a serious matter.
The other normal lands of the world had normal chiefs.
For them serious things were others.
Such as the unemployment.
This does not mean that they did not Bunga Bunga.
But if a normal chief of a normal land dedicated his attention to the Bunga Bunga, rather than the really serious things, in a short time he would have been kicked.
You might tell me: maybe the strange land had not these problems.
Quite the contrary.
A survey of the CGIA - Association of Small Craft Enterprises of Mestre, revealed that the unemployed in the strange land were more than 2,5 million.
Besides, according to Eurostat, in the top 12 regions with the highest youth unemployment rate among the 271 examined, there were 4 of the strange land.
Now, I challenge anyone to deny that unemployment is a terrible tragedy in the life of any person.
That is a serious matter, very serious.
One day the chief of the strange land said he would help people in distress.
He didn’t have to say that.
Millions of people went to the streets to hug him and get his help… 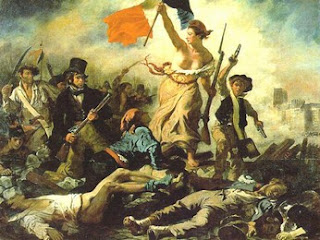 The News: Case Ruby, aka Karima: storm is on Berlusconi’s Arcore.
Stories and news: “invented” Stories, fruit of my imagination, inspired by “true” media News.