October 27, 2010
Stories and News No. 257
Today I read about an event that apparently exists since years and I confess: I did not know.
It is Holyween, the Catholic answer / challenge on Halloween.
The official website define it a way to save the eve of November 1 from the attacks of transgressive trends by neo-pagan and Celtic cults.
It was created by the project Sentinelle del mattino (morning sentinels).
I read that this is a network engaged in the Italy from 1998 to disseminate innovative experiences for young people.
This is what Andrea Brugnoli, the promoter, says of Holyween: "We want to upholster the cities by the faces of beauty in front of a world inhabited by monsters, and in a night where many young people flirt with horror, we want to show the best image of our land: the faces of its saints. "
Also according to Brugnoli, Halloween is "a teenagers thing, but it produces each year a huge turnover for who benefits and brings into the city much disorder and eventually leaves a carpet of crap, always on the backs of kids who fall for it."
Well, I could argue that these curses come from a site that has a beautiful online shop of various gadgets, including the essential sentinels badge, which is presented as a discreet, elegant and easy way to evangelize.
Moreover, the E-shop does not seem so innovative.
However, I will stop here, I'm too partisan.
Not because I am a Halloween lover and neither my being a fervent agnostic and a little bit anticlerical guy is what makes me partial, but because I am a horror fan, especially literature and film.
For this reason, I never willingly bear who inaccurately speak on these topics.
Therefore, since we are talking about teenage thing, I leave to you guys the right to rule on the two ways of living the night of October 31…
The Story:
Holyween urges you to hang pictures of the faces of the saints on every window, door and balcony.
The most popular of last year was Padre Pio… 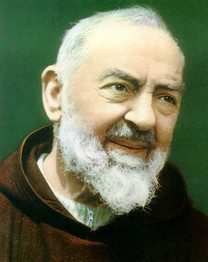 Halloween, like every year, invites you to wear increasingly terrifying costumes, but with the witch you can never be wrong… 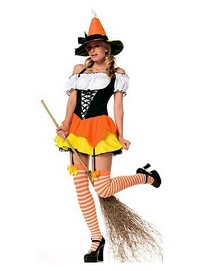 In Holyween many parishes organize marches and prayer vigils, with the motto a saint in every church…

In Halloween many pubs propose masquerade parties until late at night… 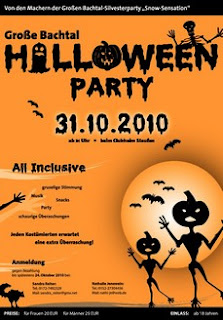 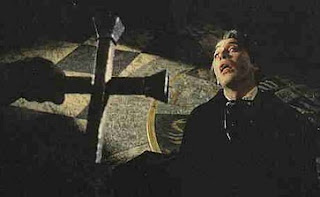 Halloween does not want to save anyone, it just want to be fun… 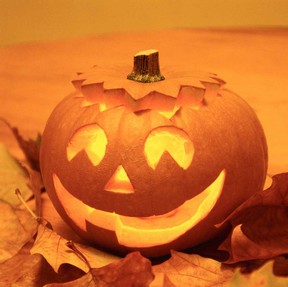 The choice is yours.
The News: The Catholic offensive anti-Halloween.
Stories and news: “invented” Stories, fruit of my imagination, inspired by “true” media News.