October 01, 2010
Stories and News No. 239
I make a premise: I am not pessimist, in no way.
I am not even optimist.
I just try to base my conclusions on facts.
The 5th of December 2009, there was the first edition of the No Berlusconi Day, which I joined and participated with quiet enthusiasm.
You see, after fifteen years of more or less public manifestations of aversion to our current Prime Minister I increasingly became disenchanted, that’s all.
However I did not lose my hope.
If Nelson Mandela had endured almost three decades in prison to see the country he desired, we can easily resist.
Besides, we are not in prison.
The truth is that most of us, while not voting for that man, are doing absolutely nothing to be a real alternative to Berlusconi ideal.
How? You already know.
We are his stuff every time we turn on the ‘Democratic’ Mediaset premium Channel to watch the footbal games and especially the mountain of idiotic chats before, during, and after them, we do when we lose our time with those shit US serials that Americans no longer see since years, we do when we convince ourselves to laugh at the jokes of brilliant Left comedians with the money wallet on the Right and the ass everywhere, we moreover do when we feel proud to be on the side of our virtual heroes, writers, journalists and actors engaged against the Mafia, corruption, war, hunger and all the evil in our society.
However, as I always say, the sad reality is that it is easy to stand alongside billionaires with a halo on their head.
It is much more difficult to be even a dozen meters away from the many, too many Italians who are now dead, without fame and money, murdered as isolated lonely souls, because they really were alternative to Silvio’s Circus.
There are still many who fight for us at this moment, we do not even know their names...
In my modest opinion, this is the reality and also because of this reality, despite the horrible shame that Mr. B has led in the world to our country and the bombastic separation by Mr. Fini, in the last two days Berlusconi obtained the confidence vote he wanted.
Nevertheless, we must not surrender.
And, I hope is now clear, not only to Berlusconi.
We have a duty to refuse with all our strenght today Italy and challenge whoever is accountable, starting from us.
Making concrete actions and courageous choices, eventually becoming leader of ourselves, raising our head and grow as aware adults, knowing that only doing simple and everyday revolutionaries gestures can help us to build something good.
Of course, taking to the streets and demonstrate against that man, who we all have made rich and powerful, is one of them.
But if we limit ourselves to that, what lies ahead is a terrifying nightmare…
The Story:
Let’s start Live from Italian NoB Day. We are in October 2011 in Rome.
The Purple people are occupying the streets of the Italy capital for the third time, to protest against Silvio Berlusconi… 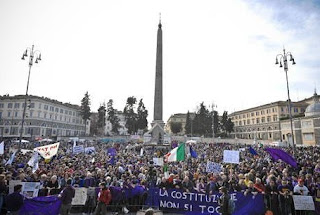 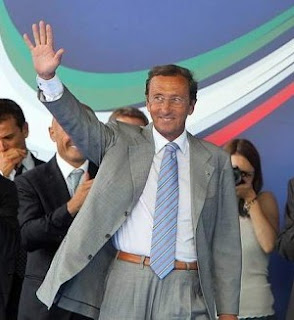 The Northern League is out of the PDL but claimed Fini with outside support in exchange for the maintenance of almost all ministries... 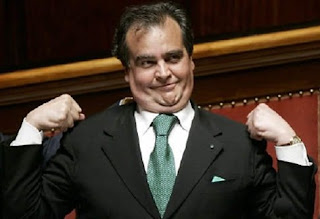 Umberto Bossi has just left his, because in the meantime he was elected life senator… 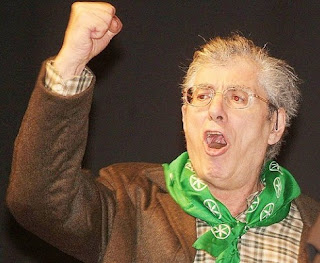 The opposition is still the best for the People of Freedom.
On one hand, Antonio Di Pietro is kept away by the Democratic Party: 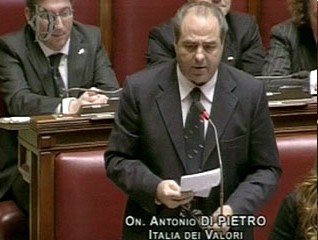 The Democratic Party, for the same reason, is kept away by its people: 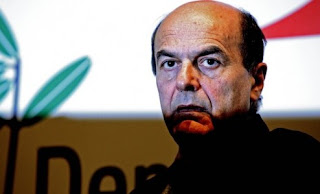 However, it’s still worthy going to the streets once again for the No Berlusconi Day 3 and demand the resignation of the new Italy President of the Republic… 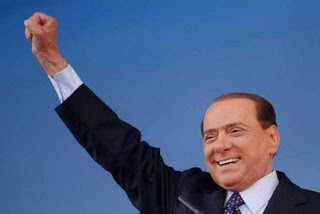 The News: The Purple People for the No B Day 2: againg for Berlusconi dismission.
Stories and news: “invented” Stories, fruit of my imagination, inspired by “true” media News.