November 24, 2010
Stories and News No. 276
Yesterday we got the umpteenth time that Silvio Berlusconi appeared on TV as a voice phone call.
People close to him tell me that on top of his cellular book Italian Premier has two numbers.
One is of Ballarò TV political talk show.
The second is the police headquarters in Milan, in the case they had to find a granddaughter in a bad way.
In detail, last night Silvio live gave to the host Giovanni Floris, his guests and viewers gems like these: "You are arrogant and totally mystifying; the promises made on the waste have been absolutely maintained."
Now, since I am set with the previous facts, I went to listen to other calls of Berlusconi to this tv program.
The 18 November 2008 attack to Antonio Di Pietro.
The 27 November 2009, inveighing against the 'communist' judges.
And the first of June, this year, to flout La Repubblica journalist Massimo Giannini.
So I was seized with a sudden inspiration.
As the Blues Brothers, I have seen the light.
And it was stronger than me going to see what was happening to our country, among a phone call and other by Silvio.
In the end I left two questions for the TV host Floris.
But to know them, it is necessary to listen…
The Story:
Or, watch the video: 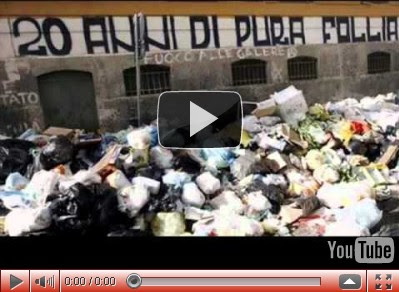 The News: Premier calls Ballarò live: "You are mystifying."
Stories and news: “invented” Stories, fruit of my imagination, inspired by “true” media News.