Italy National Conference on the family: the speakers I would like

November 08, 2010
Stories and News No. 264
Today, in Milan, the National Conference on the family started.
That is an event organized by the Italian family politics Department, under the patronage of the Republic president, as I read on the web site.
Many know about the embarrassment in the government in the days before the beginning of the conference, whether or not to leave the opening to Silvio Berlusconi.
Given the (not so) recent falling of Italy Prime Minister’s moral and ethical credibility, the least common sense has opted for a more careful choice: the under secretary to the Prime Minister with responsibility for family politics, Senator Carlo Giovanardi, the 'genius' who said these words: gay adoptions cause more children trafficking.
That was a more careful choice, but far from conclusive.
In Italy the problem of the above credibility is not only the premier, even the stones know.
Yet, ever on the official website, the conference is presented like this: a great chance to meet the central government, regional and local associations, private associations, businesses, labor organizations and all concerns with family issues reality.
So the speakers include judges, lawyers, university professors and top managers.
Who was not invited is the one and only true star with the authoritative right to speak:
not the, but a family…
The Story:
In Italy there is a family.
Francesco, fifty years old last week, is the father.
No money, no party.
There is no money since huge time and now, at home, everybody is used to it.
Fra, as his wife names him, became unemployed five years ago.
He has opened a cooperative with his brother, but after a hopeful start with many debts, he has seen them grow rather than disappear and earn something.
Result: he no longer speaks to his brother and after hundreds of slammed on his face he is trying to appreciate the luck of working as a waiter in a dear friend’s pizzeria.
Each time he remembers of having a degree in political science, he gives a metaphoric kicks to that TV called memory.
Daniela, his wife, has just passed the forty.
She is not graduated but has always been busy.
For some years he worked as a secretary for a sports club, but as his husband with the cooperative, the latter’s owners lost everything.
So the new management has preferred to choose new employees.
It happens.
Thus, the best job she has found is as call center operator.
She is an out bound, to be precise.
Do you know? That's simple: the out bound are those paid to harass the clients and the in bound are disturbed by the latter, when they have a problem with DSL or a credit card.
This is what Daniela replied to his youngest son, Matteo - nine years the next week, when he asked to know her job.
He will have his party but with a few relatives and close friends, not the big one that he wished, which his classmate recently enjoyed.
He is sad, but he is able to hide it.
Matteo understood the reasons and is working hard to appear happy anyway.
The middle child is Luisa and next year she will be eighteen.
Luisa doesn’t want to consider the possibility of not making the great party she thinks to deserve.
She doesn’t have an easy relationship with her mother.
The girl especially cannot let her see that if she wants trendy dressing that is not just for her vanity, but only a teenager.
The fact is that she doesn’t even know how to explain to herself and she always feels guilty.
The eldest son, Andrea, is twenty-two years old and he is perhaps what strikes me most.
When his father lost his job, he was seventeen, a year before finishing high school.
Then, as the graduation day, you might ask his teacher who is the smarter student, not the more studious, the most gifted, not the most educated and they would have shown no doubt to tell his name.
Each of them would have been appalled knowing that the young guy, since his parents had no enough money to pay for his study fees, was not enrolled in any faculty, starting to work in a Fast Food.
That is a sin, the teacher of literature would have said.
That is a crime, the math teacher would have added.
Sins and crimes, which many, too many Italian families suffer.
They are families that live like this, thanks to the work of ignorant and dishonest governments.
However, nobody talks about it, unless the same family is guilty of sins and crimes.
Then the lights will be on and the audience will soon arrive… 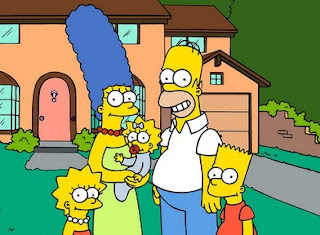 The News: The National Conference on the Family in Milan started.
Stories and news: “invented” Stories, fruit of my imagination, inspired by “true” media News.